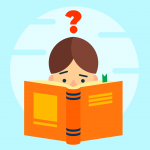 The FAA has just released the newest UAS testing standards for remote commercial pilots. These standards have not been updated since 2018 and include new information. The complete ACS document can be downloaded here. For information on taking the test in-person or online, click here. Major Enhancements to Version FAA-S-ACS-10B Section Action Description Introduction Updated "Airman Certification Standards Concept" subsection ... END_OF_DOCUMENT_TOKEN_TO_BE_REPLACED 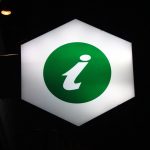 The FAA has released information on the UAS testing procedure. The current Airman Certification Standards (ACS) are currently being revised, including FAA-S-ACS-10A, Remote Pilot – Small Unmanned Aircraft Systems ACS. A revision of FAA-H-8083-24, Small Unmanned Aircraft Systems Operating Handbook is in the works as well. There is no release date yet for either material. However, the FAA has released ... END_OF_DOCUMENT_TOKEN_TO_BE_REPLACED