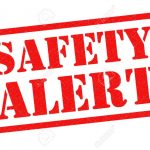 Critical Safety Alert I have now received reports from two experienced pilots from different agencies that were flying a DJI Mavic 2 Enterprise Dual or a Matrice 210 that developed a battery warning issue. My concern is that in a busy incident scene the conflicting displayed information regarding the battery may lead to a crash. I would urge you to ... END_OF_DOCUMENT_TOKEN_TO_BE_REPLACED 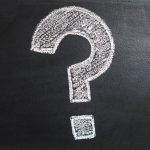 TBVLOS Messaging is Misleading If you are a public safety UAS pilot and read all of the exciting headlines coming out that the FAA is now allowing Tactical Beyond Visual Line of Sight (TBVLOS) operations, you need to land for a moment. The reality is the exciting news is really operations less than what you’ve been doing already. Here are ... END_OF_DOCUMENT_TOKEN_TO_BE_REPLACED

June 25, 2020 Comments Off on Listen to the Pro UAS Pilots at FDNY When it Comes to Drone Safety 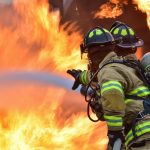 The following guest post was written by FDNY Firefighter and Pilot -John Wakie, John is also the co-founder of Aerosponse, a public safety consulting company that I would highly recommend. You can’t imagine how proud I am to hear him share the foundational lessons all professional UAS pilots need to hear. Fly Safe – Stay Safe I know we have ... END_OF_DOCUMENT_TOKEN_TO_BE_REPLACED 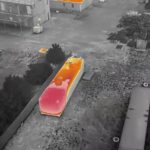 I got frustrated trying to hunt down actual data on drone accidents, issues, and crashes after my April 2020 inflight emergency with the drone. What I discovered were some disappointing facts. Actual crash data is hard to come by. Drone failure information is not widely available to help you better understand the safety risks your aircraft may have. Manufacturers are ... END_OF_DOCUMENT_TOKEN_TO_BE_REPLACED 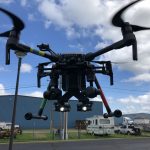 I’ve launched a website for all pilots to report issues they may have experienced in drone flight. Please submit any reports at ReportDroneAccident.com. This is a very hard post to write. I already know many people are going to skewer me and call me an idiot for sharing what I have found, but that doesn’t make the facts wrong. All ... END_OF_DOCUMENT_TOKEN_TO_BE_REPLACED

May 23, 2019 Comments Off on More Airports Added to LAANC for UAS Flight 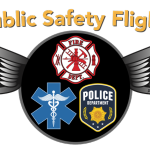 Starting today more than 100 control towers and airports will be added to the hundreds of Federal Aviation Administration (FAA) air traffic facilities and airports that currently use the Low Altitude Authorization and Capability (LAANC) system. LAANC is a collaboration between the FAA and industry that directly supports the safe integration of Unmanned Aircraft Systems into the nation’s airspace. LAANC ... END_OF_DOCUMENT_TOKEN_TO_BE_REPLACED 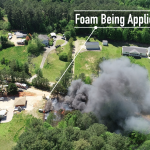 Wake Forest Fire Department Firebird 1 Flight Debrief Incident: Garage Structure Fire Location: Wake Forest Flight Time: 30 minutes Mission Goals: Since this was a joint department event and Northern Wake was in command the goal became to use the incident as a data gathering flight and be ready to provide any information Northern Wake Command may need. What Went ... END_OF_DOCUMENT_TOKEN_TO_BE_REPLACED

May 2, 2019 Comments Off on Matrice 210 Homegrown FoxFury Lighting Solution

Rob Herrington from Jefferson County 911 in Ohio wanted to share this great tip on how to get some inexpensive lighting on the Matrice 210. Rob said, “Like everyone flying drones for Public Safety, Jefferson County 911 has been frustrated with the problem of not enough scene lighting on our Matrice 210. We had tried several solutions but we still ... END_OF_DOCUMENT_TOKEN_TO_BE_REPLACED 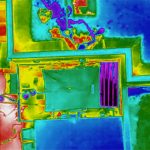 Wake Forest Fire Department Firebird 1 Flight Debrief Incident: Commercial Structure Fire Location: Chili’s Flight Time: 60 minutes Mission Goals: To assist with commercial structure fire by checking the roof of the building to determine any thermal activity as the result of the fire. What Went Well: The following items were conducted without incident: It was a safe flight operation ... END_OF_DOCUMENT_TOKEN_TO_BE_REPLACED