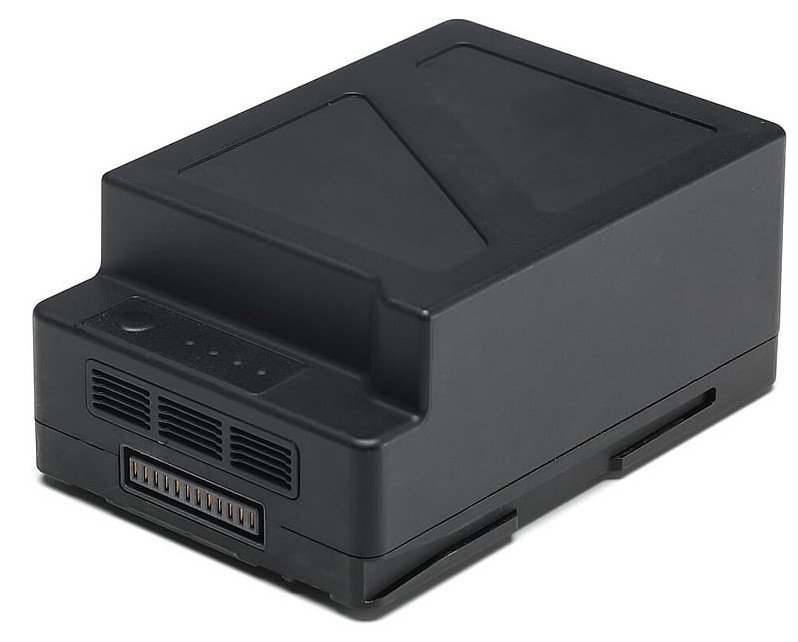 A great reader sent in this advice and permitted me to share it.

His department has been dealing with DJIbattery issues now, but the advice applies to all pilots flying rechargeable batteries.

I wrote about DJI battery problems before and shared what the official language said about dealing with battery problems. Read What Should I Do About My Swelling Drone Batteries?

It is worth noting that the conclusions the reader came to do deviate from the advice from DJI. The official position from DJI is to dispose of batteries that begin to bloat or swell.

Everyone can make their own conclusions and decisions about what is best for them based on the manufacturer’s guidance. What you will read below is a well-documented approach to what this one department decided to do.

Here’s an update on the two issues we were having with the DJI batteries (bloating and percentage not changing).

It has been almost two months since we changed our policy about maintaining mission readiness. We used to keep all batteries at 100% and set the discharge cycle to a maximum of 10 days. Before the pandemic, we were training at least once per week. This was no problem – we subsequently had to make special arrangements to ensure the batteries were checked at least once per week.

Starting in early November, we changed all the TB50s and 55s to a 2-day discharge and have since kept all batteries (including the M2Es) in the 60% range (where they largely stay for some long period of time). After a mission, the used batteries are charged, then allowed to discharge after 2 days (which takes 2-3 days) to get down to around 65%. They are left there until the next training/mission.

We have since built up a Battery Charging accessory case that we take on missions. It contains the (120v) field chargers needed plus extension cords, etc. When departing on a mission, we have a Com Van that has 120v outlets to get up to 3 sets of batteries charged by the time we arrive on site. We also bring a portable generator so we can additionally charge batteries with or without the Com Van.

This setup requires more work and planning but has only minimally affected mission readiness and thus far has not compromised any mission.

The most important part is: the bloating has substantially reduced! Some batteries “recovered” to the point where you can’t see any bloating. Two have very mild bloating. Only one set of TB50s has moderate bloating, so we will only use them if there’s no other choice (we have 8 sets).

Curiously, the increase in bloating is more from use (flight) than charging. We make sure the batteries are ambient temperature before charging and have not noticed any subsequent bloating of concern.

So, DONT KEEP YOUR BATTERIES FULLY CHARGED. Of course, it took more than 18 months to show up, so perhaps it could be productive to keep new batteries fully charged for 9-12 months, but not longer. Obviously, this is good news – we are surprised that batteries could recover. If we could only find a vaccine.

We were not able to find any useful way to measure bloat and then potentially correlate that to OK, this is too bloated. Therefore retire the battery before it blows! This continues to be annoying. BTW, the charging cycles on the TB50s are only 30-70 so far)

We first noticed in July 2020 that the battery percentage in Pilot using Crystal Sky would freeze for minutes at a time (M210/M2E). Simultaneously, we also noticed that the radar triangle (lower left corner) would either stop moving or would move erratically. I recently had a flight on the M210 where the radar triangle froze for the entire flight at the home point and remained frozen until after landing a 14-minute flight. We have since seen the same behavior on the M2Es (so probably not an aircraft/battery problem).

In early September, this was reported to DJI, where we sent them the aircraft logs and the reference to the Airdata battery log I had sent to you. They analyzed the aircraft logs and determined there was nothing wrong. I subsequently sent them the logs from the Crystal Sky containing data from Pilot and the CS and (well, who knows), and they would not confirm there was an issue, nor would they deny one either. They suggested we “RESET” the device if it occurs again. That is completely impractical, and since the problem only occurs on 1/10 flights, we wouldn’t know if the problem had been solved.

They asked that I send the Crystal Sky to the L.A. Repair Center the next time we experienced the problem! As it turns out, we had to replace the CS last October due to an accident with the device, so it was brand new. The data we had sent DJI was from a flight after that accident, so the issue was not old hardware. It was not old firmware either because they confirmed that everything was current.

So, the bottom line is we don’t know what the problem is, nor perhaps, do they. Not good.

Most likely, it’s a memory problem in the CS. Either there’s too little physical memory, and/or the virtual memory manager isn’t performing adequately in some circumstances.

The only thing we can do is to monitor these signs as carefully as possible and plan to return home if there are any. So far, it has not caused any problems with flight, except to note that you may not be able to rely on the radar to determine how best to get home – such as, which way is the aircraft pointing right now? This is not good either. Also, we used the flight map to help conduct manual area searches to make sure we were getting appropriate coverage. This is now compromised. Not good.