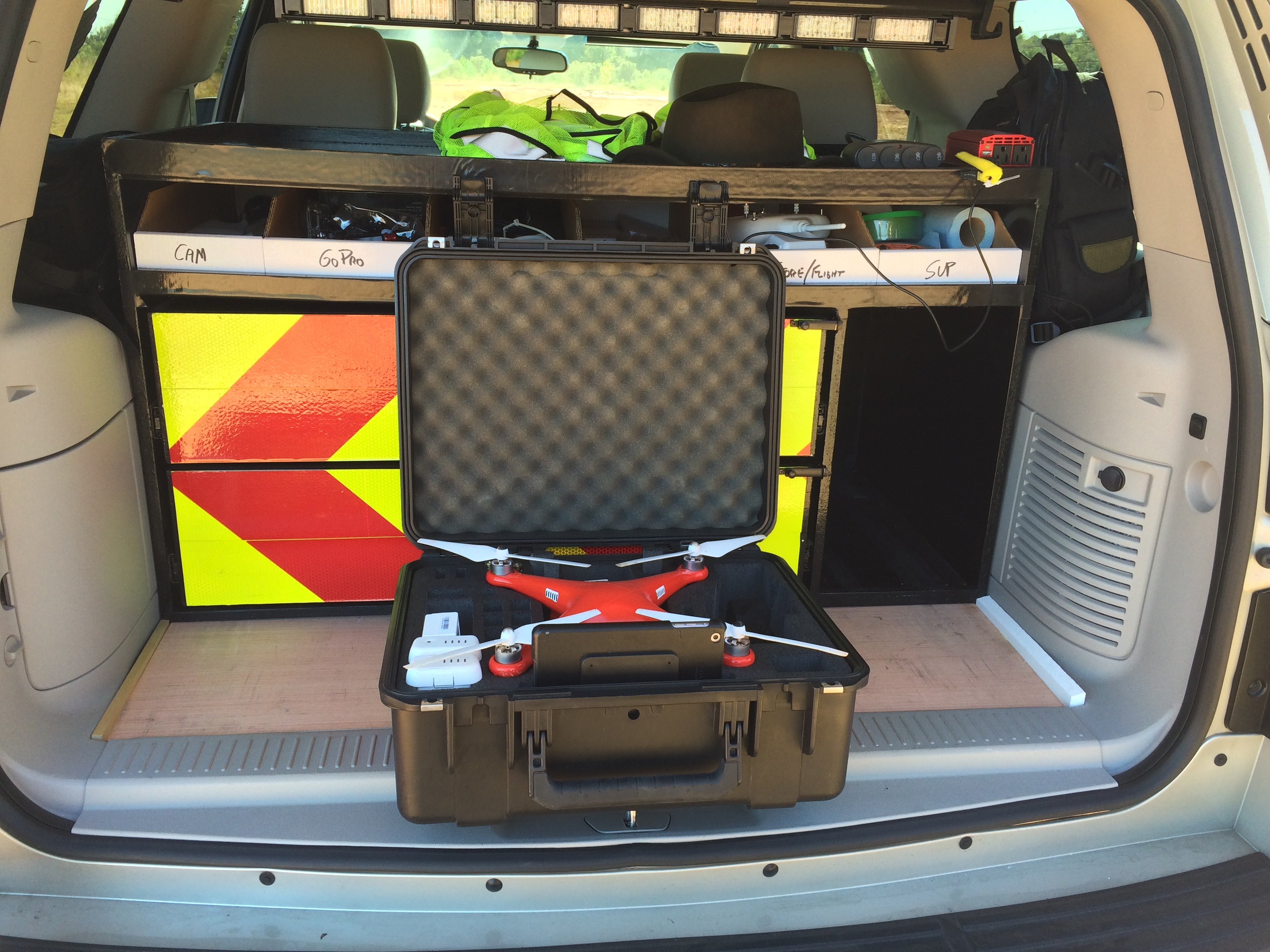 The DJI Phantom has become an ubiquitous UAS that many are jumping into. In fact I have three myself and hundreds of hours flying them. If you want to buy one, use this link so I get some credit for it.

Here on the Public Safety Flight website I’ve already covered a number of stories where local departments have a DJI Phantom.

Now don’t get me wrong, the DJI Phantom is easy to acquire, easy to takeoff and land, and very easy to get the inexperienced pilot in a tough spot.

DJI has done an awesome job of getting the word out about drone, UAS, or UAV craft, whatever you want to call them. And in the “best” category is the use of the DJI Phantom as an entry-level UAS. It’s cheap enough to crash and learn on but in the long run the limitations of the Phantom are just not going to cut it for expert public safety work.

I’ve been a raving fan of the DJI Phantom and feel lucky I started buying them when they first came out.

To show you how much of a fan I’ve been of them in the past, feel free to download my Phantom 2 Vision + Checklist I use in flights. Click here. 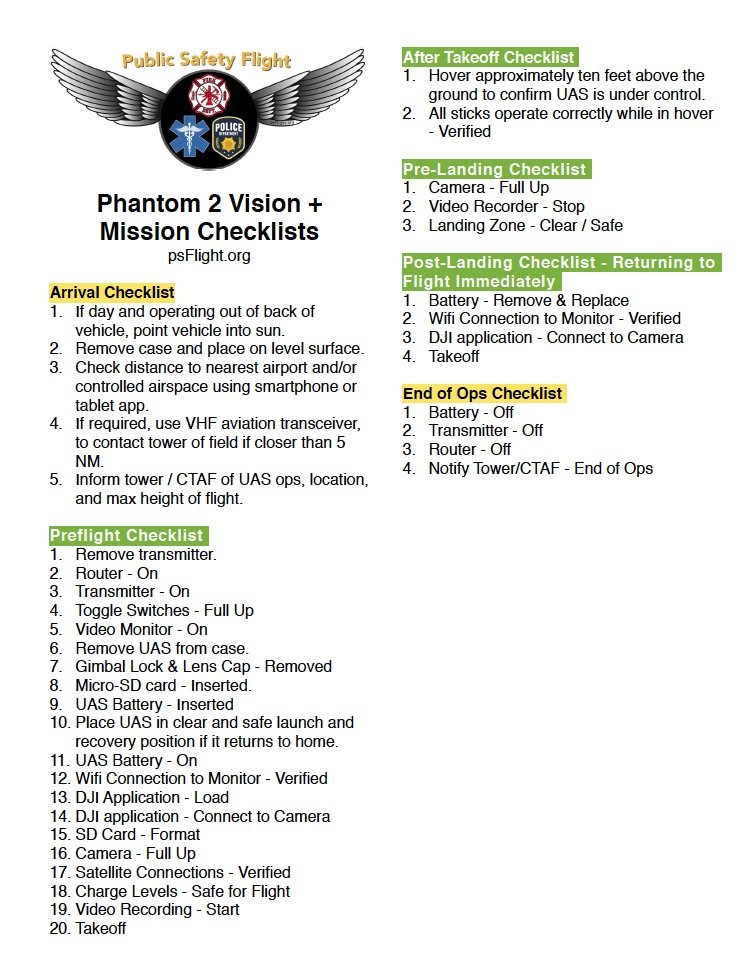 In my opinion, the DJI Phantom lacks enough mounting points and easy access for modifications. But most importantly, while the flight time seems adequate now at around a real 18 minutes with the Phantom 2 Vision line, that’s not going to cut it in the long run. Imagine a search and rescue flight where you have to spend time going out and back to change batteries. That’s just lost search time.

Already there are UAS coming on the market with flight times nearly three times as long and flexible mounting points for a wide variety of additional equipment, like a second thermal camera you can tilt and monitor in flight. And the price for these new craft is not out of line when compared to what you get with the Phantom line. The price tags are higher but so are the capabilities.

Even more attractive for me is the ability for these new craft to carry a payload of around six additional pounds. That’s enough capacity for a UAS to deliver critical supplies to a distant patient.

As an example of one of these units, see the video below.

The point is, a year from now, the Phantom as we know it today will seem like a basic tool, and entry-level UAS, not a serious fire, EMS, or police UAS. And as much as it greatly pains me to say this, the Phantom will soon feel like it is just a toy and not a mission critical or serious UAS for true professionals to use.

Before you rush to buy a DJI Phantom, think about the applications you will use it in and consider putting that purchase on hold as the next generation of craft come online for about the same price with more capabilities.

There are so many hurdles to overcome in approval for public safety flight that waiting a bit before leaping at such a basic unit is not the worst decision to make.