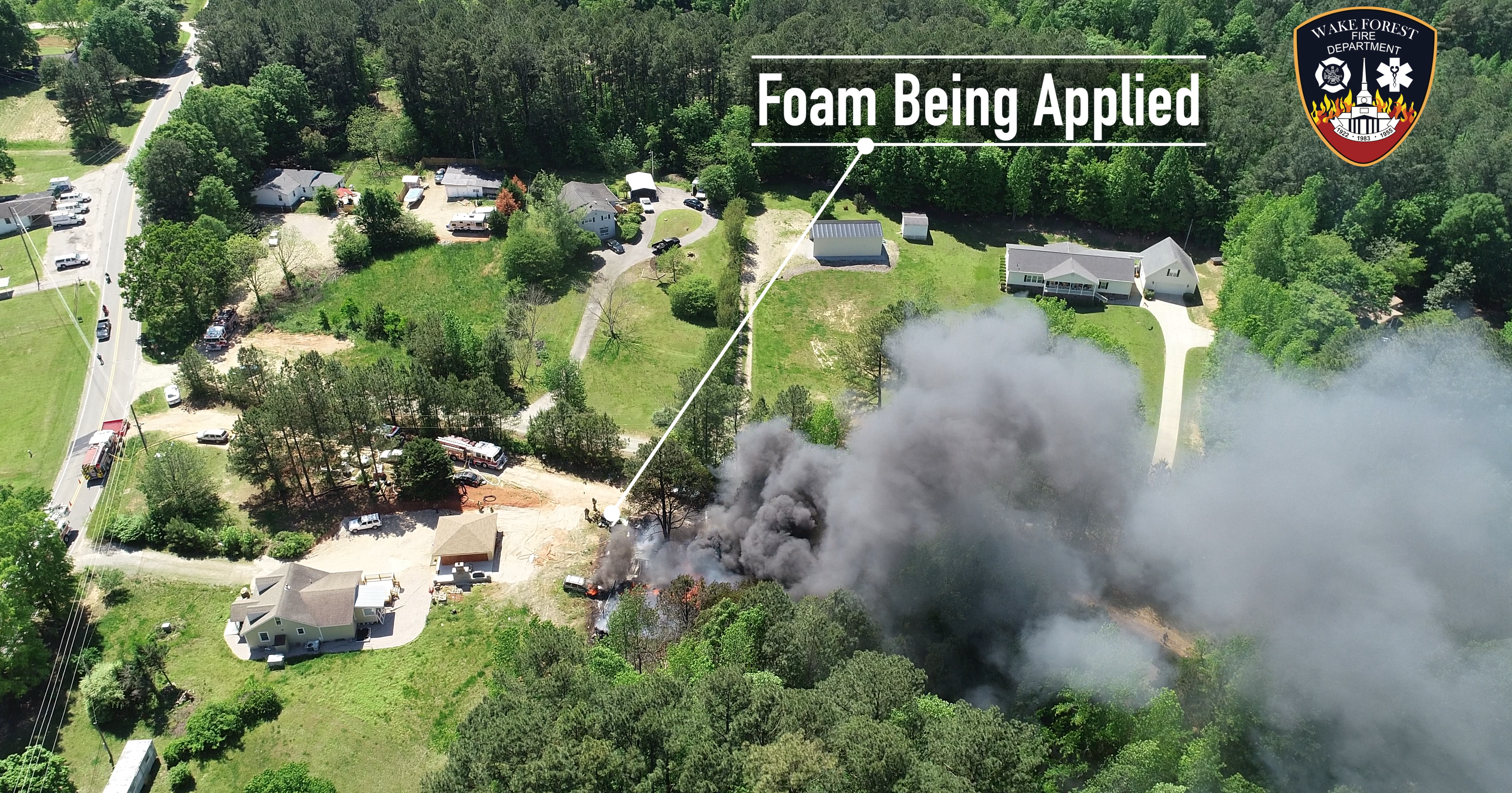 Since this was a joint department event and Northern Wake was in command the goal became to use the incident as a data gathering flight and be ready to provide any information Northern Wake Command may need.

On the afternoon of April 28, 2019, a call came out initially as a garage on fire due to a welding accident and the structure may have contained welding gas in the building. Responding units from Northern Wake Fire Department alerted that a substantial column of dark smoke was seen. On arrival, information was given that approximately three vehicles were on fire as well. 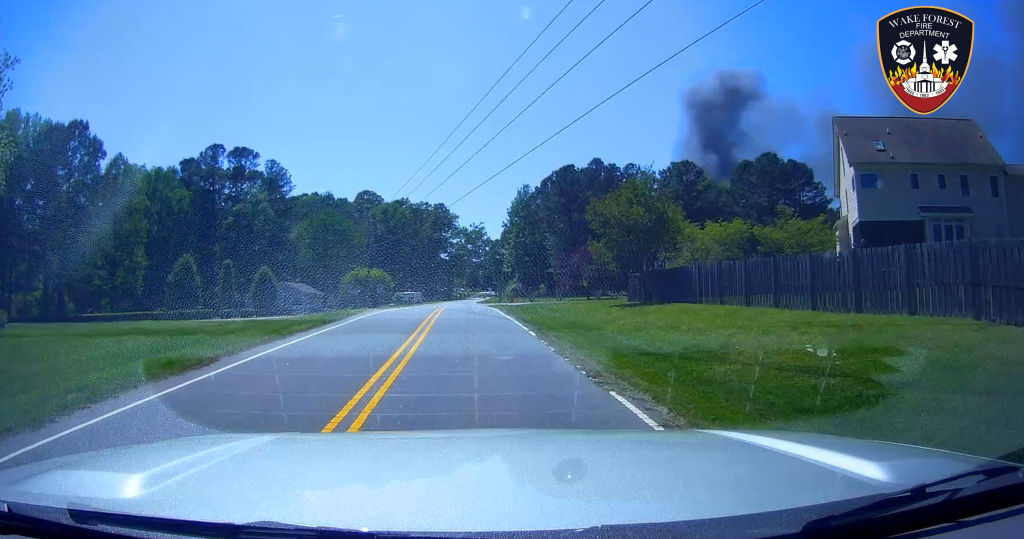 Later descriptions of the structure said it was more of an outbuilding surrounding by a small auto junkyard or vehicle debris. The welding gas initially believed to be in the small garage/outbuildings was corrected not to be present.

Twelve units from the combined Northern Wake and Wake Forest fire departments were arriving at a location on a two-lane, somewhat hilly road on one side. It was potentially going to get very crowded at the site of the incident.

So on the way, I looked for an alternative location and found Carradale Court which was a cul-de-sac located behind the incident location.

I set up a safe and isolated LZ in the center of the court and enlisted a nearby civilian to stop traffic headed into the court. No people were walking under the flight path from the court to the incident. The area was primarily wooded. 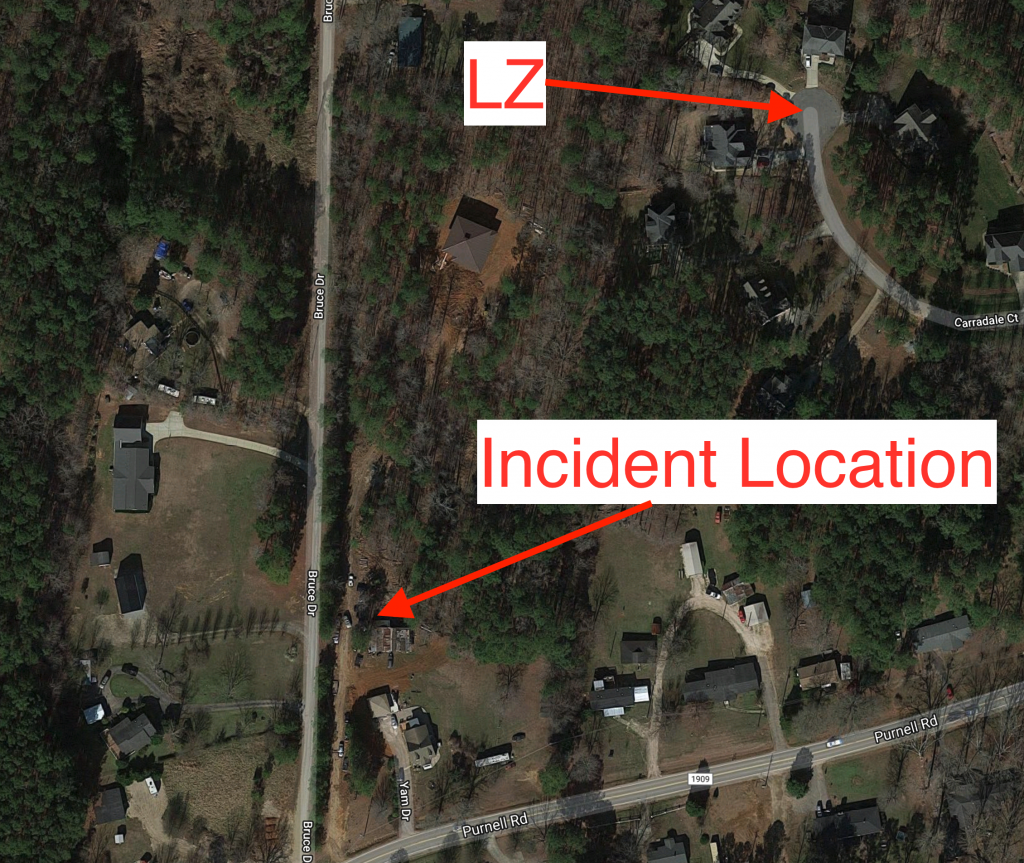 First flight sent me into the column of smoke being pushed by the slight wind in my direction. I paused to evaluate the situation with the thermal camera on the first view. 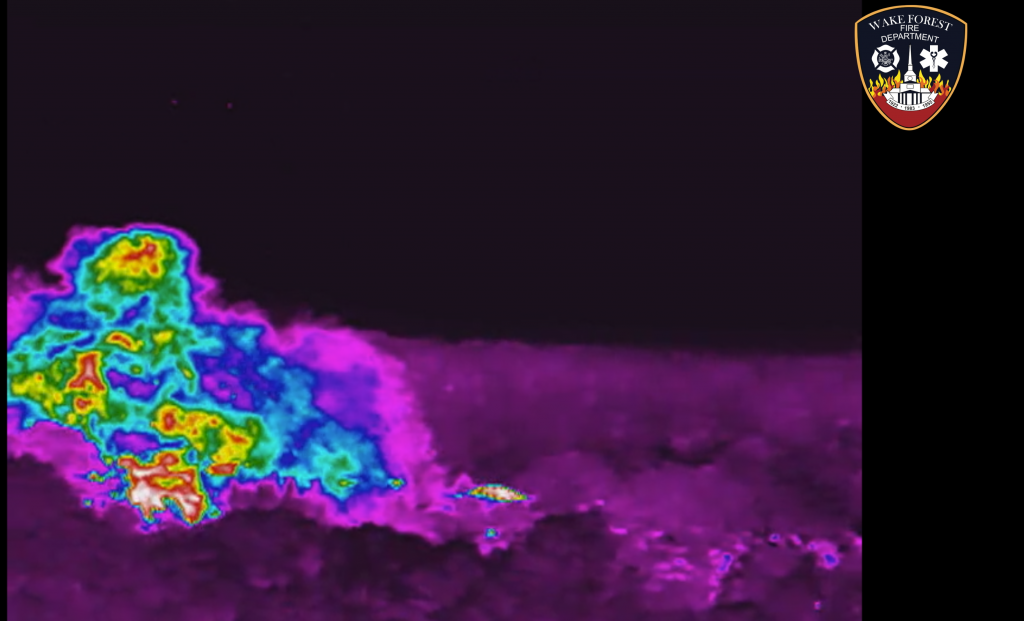 There are two benefits to doing this. The first is to use what is visualized to develop a better mission profile to get the most information out of the incident based on conditions in the air and staff on the ground. Basically, where is it best and safest to fly.

The second benefit is to evaluate a more horizontal view of the fire to see what may be escaping from the location of the fire and to visualize the thermal energy.

In the flight video, you can see evidence of all of these actions.

Firebird 1 communicated our station over the fire but did not provide Command with specific information during the event and was not asked for information. 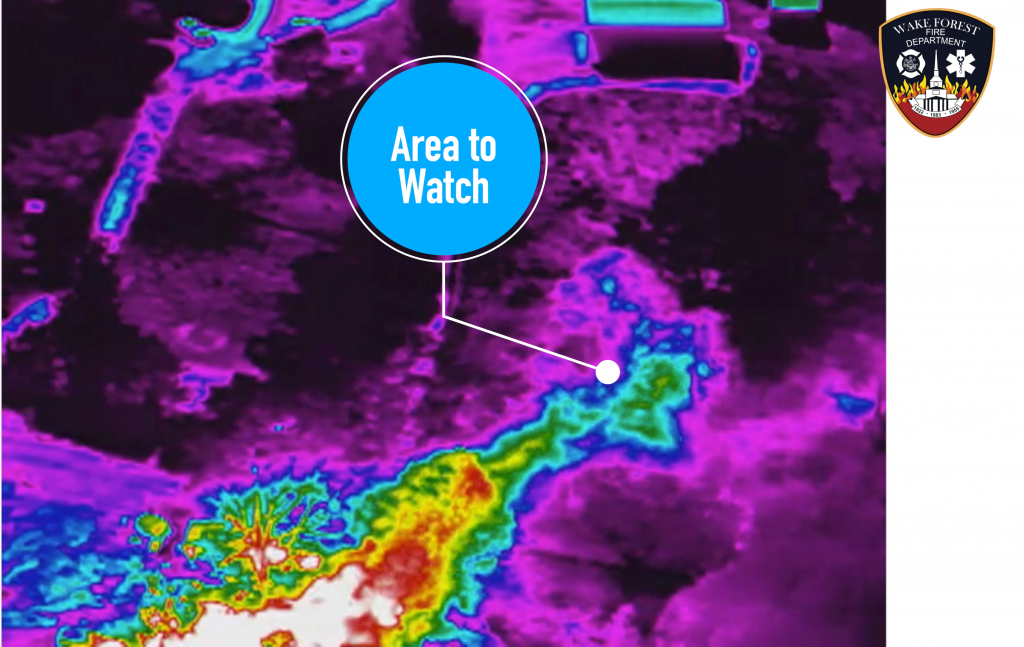 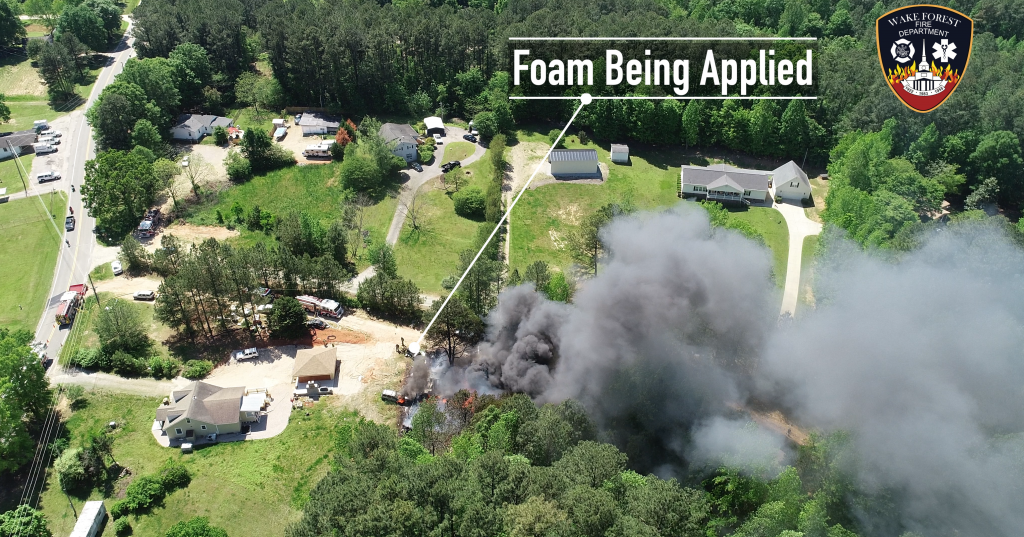 The incident served as another excellent example of the limited need for the Unmanned Aircraft System (UAS) in small residential structure fires. While the information observed is exciting and reinforces the view on the ground, my experience over many flights has led me to believe that during the attack phase of the fire, skilled ground staff is already making well-trained decisions and I can provide little additional input.

However, the aerial platform may be useful for evaluating the spread or extension of the fire outside of the primary location and providing further confirmation where the remaining hottest areas are for firefighters to attack at the end of the event.

I did fly a past mission where we had a two story residential structure surrounded by trees and firefighters on the ground. The lack of a horizontal view leaves the UAS pilot at a disadvantage when relying on the thermal camera primarily. There is no way to determine the elevation of thermal activity on specific divisions with a 2D mostly top-down view.

When Command is established by an outside department there is not yet a good mutual understanding of the capabilities of the UAS, what it might be tasked with, and what actionable information it can provide. This is a result of the early days of the utilization of this technology.

If the other department had a UAS they were flying, there is no good way for two remotely located UAS pilots to communicate with each other to coordinate airspace by using the incident radio frequency. It would be significantly beneficial for ground-based pilots to communicate using handheld aviation radios that have a limited range. There is no standard frequency for pilots to use. However, an argument could be made to use the already defined helicopter air-to-air frequency of 123.025 MHz to share coordinating information that can be shared with helicopter traffic over the incident as well.

Although I did attempt to bring awareness to the Wake Forest Fire Department UAS and its capabilities to neighboring departments, I could attempt those efforts again to try and help build more awareness of capabilities and best use of the aircraft. A busy scene is not the best location to accomplish that.

I will explore the use of 123.025 MHz as an unofficial air-to-air VHF frequency between UAS pilots and will talk to some local news helicopter and law enforcement helicopter pilots regarding that idea.