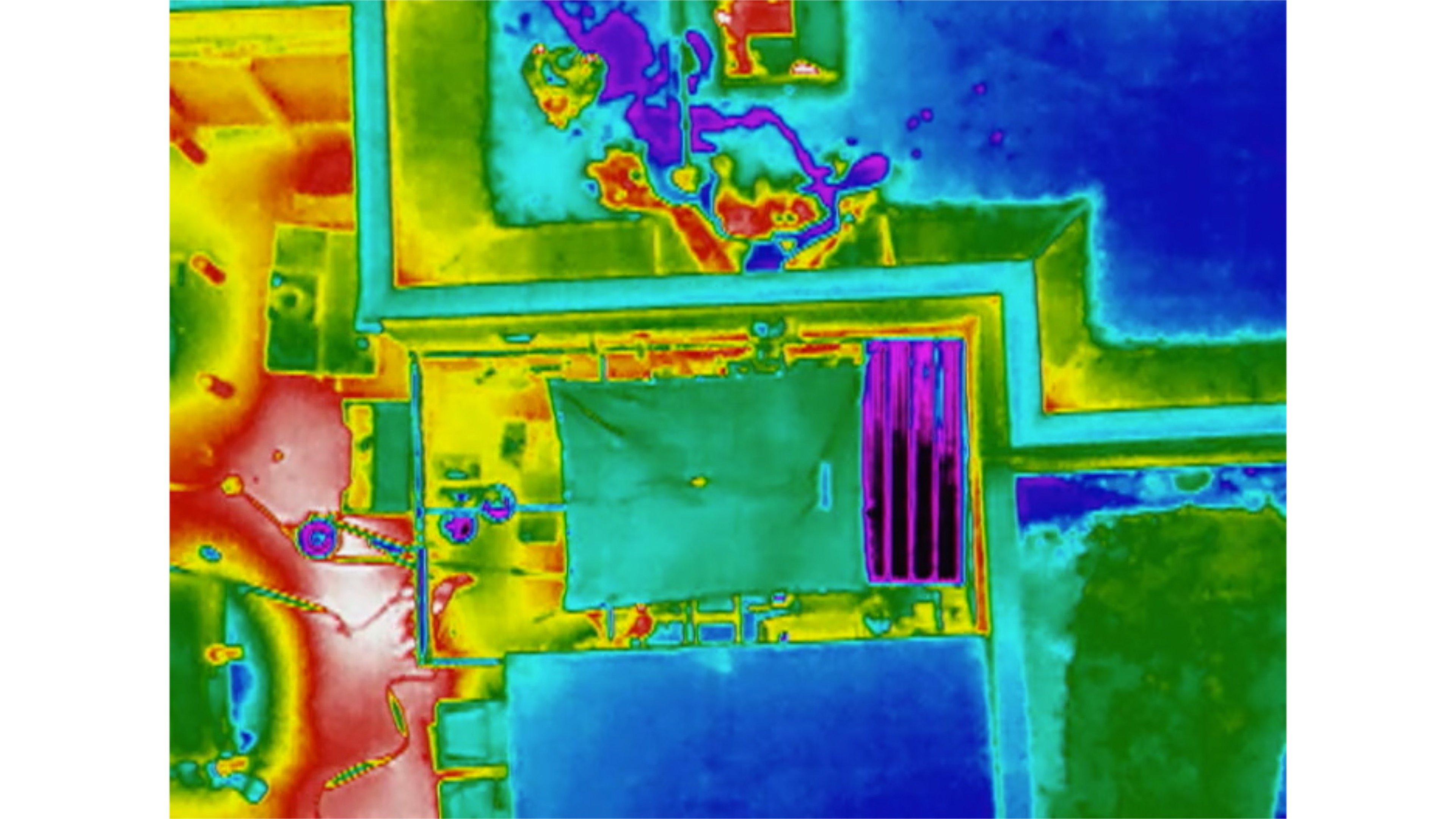 To assist with commercial structure fire by checking the roof of the building to determine any thermal activity as the result of the fire.

On the evening of April 11, 2019, a call came out regarding a fire in a local retail restaurant. Many Wake Forest units responded: WFE1, WFE2, WEF3, WFE4, WFL1, WFBC1, and WF Firebird 1. Wake EMS and Wake PD were on the scene as well.

There was no fire visible on arrival, but the evacuation was underway. After firefighters entered Division 1 a fire was identified in the back wall of the building. 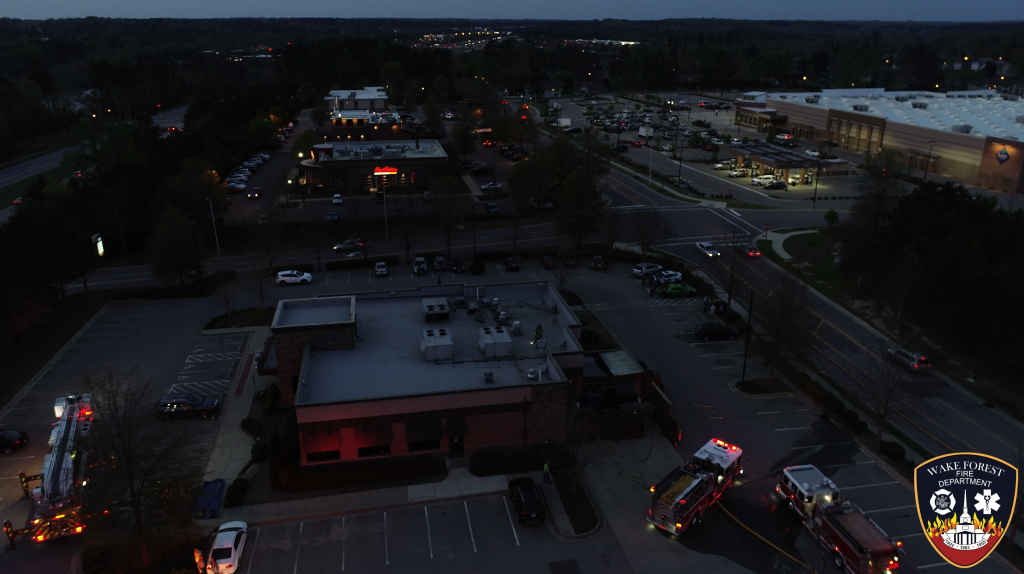 On arrival Firebird 1 established an LZ and coordinated with Command that an evaluation of the roof would be conducted.

A hasty search could not identify any visible fire on the roof. Some higher thermal areas were visualized. These included equipment on the roof as is typical and expected. Some areas of solar loading were visualized as well. This was to be expected as the sun had set approximately 30 minutes prior.

However, an unusual thermal anomaly was visualized on the Charlie side of the building, above the area of the wall that was the focus of attention in Division 1. 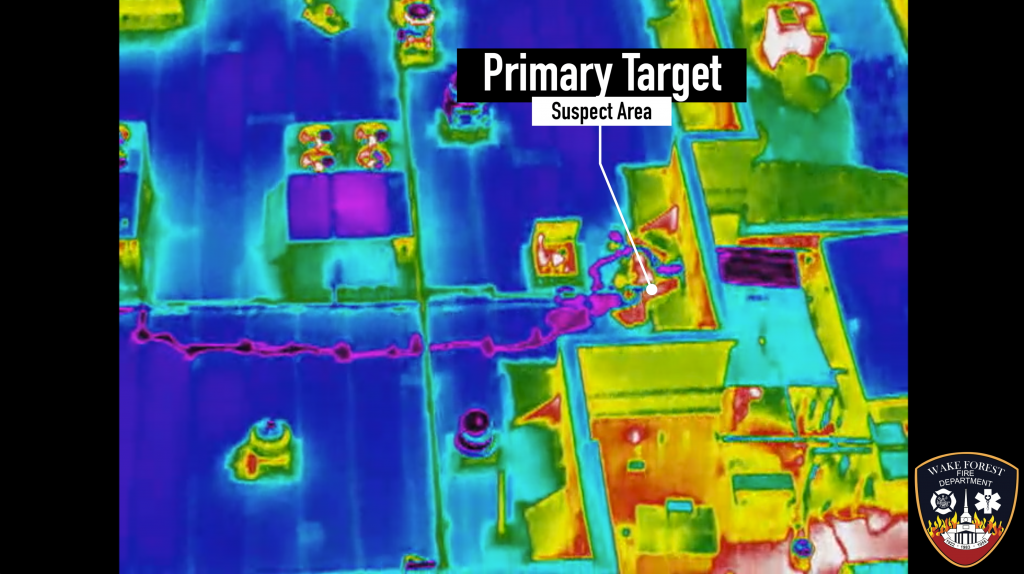 The area was visually complicated. It has an irregular line running from the Charle side toward the center of the roof. Firefighters identified this as water running from an air conditioning unit.

The area of prime interest was an irregular shape that could not be otherwise explained. Over time the irregular area changed in shape and size. The thermal shape began under or on the roof flashing and ran out onto the roof and continued. It could not be explained as a physical part of the building that may have been subject to solar loading. 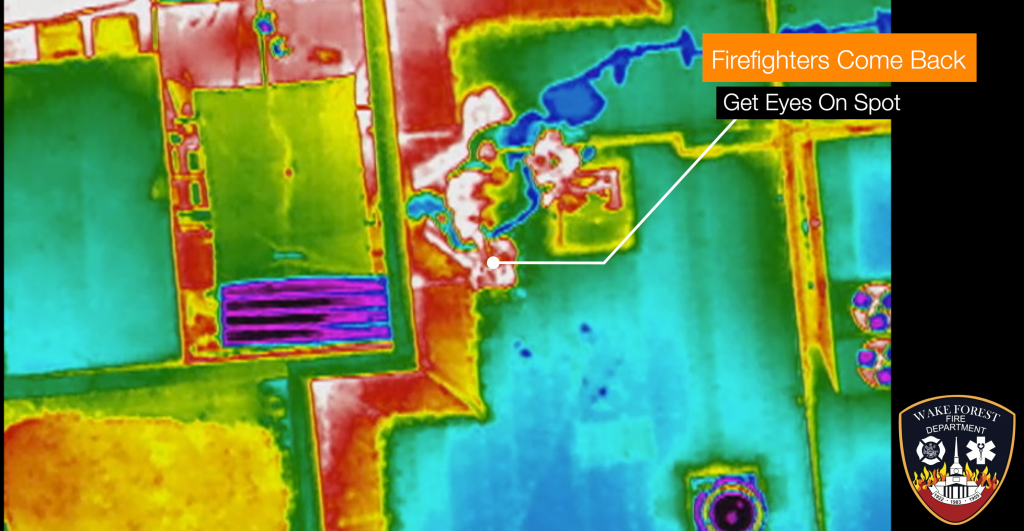 There was no definitive cause of the thermal anomaly identified at the scene. 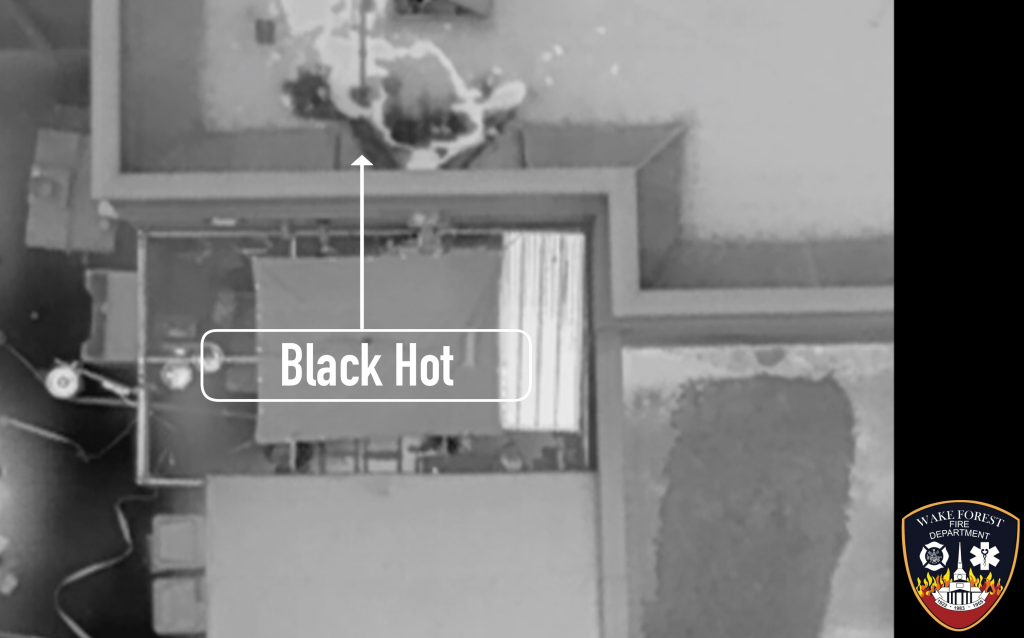 The fire in the wall had been extinguished before the final images you will see in the debrief video.

The sole issue I had with the mission flight had to do with the location of the LZ. It was safe and suitable for the operation but civilians decided to drive through the area about four times. They ignored the operations and protected area. I kept them clear of the LZ by standing between the moving vehicles in the parking lot and the LZ.

I have no further recommendations from this flight.