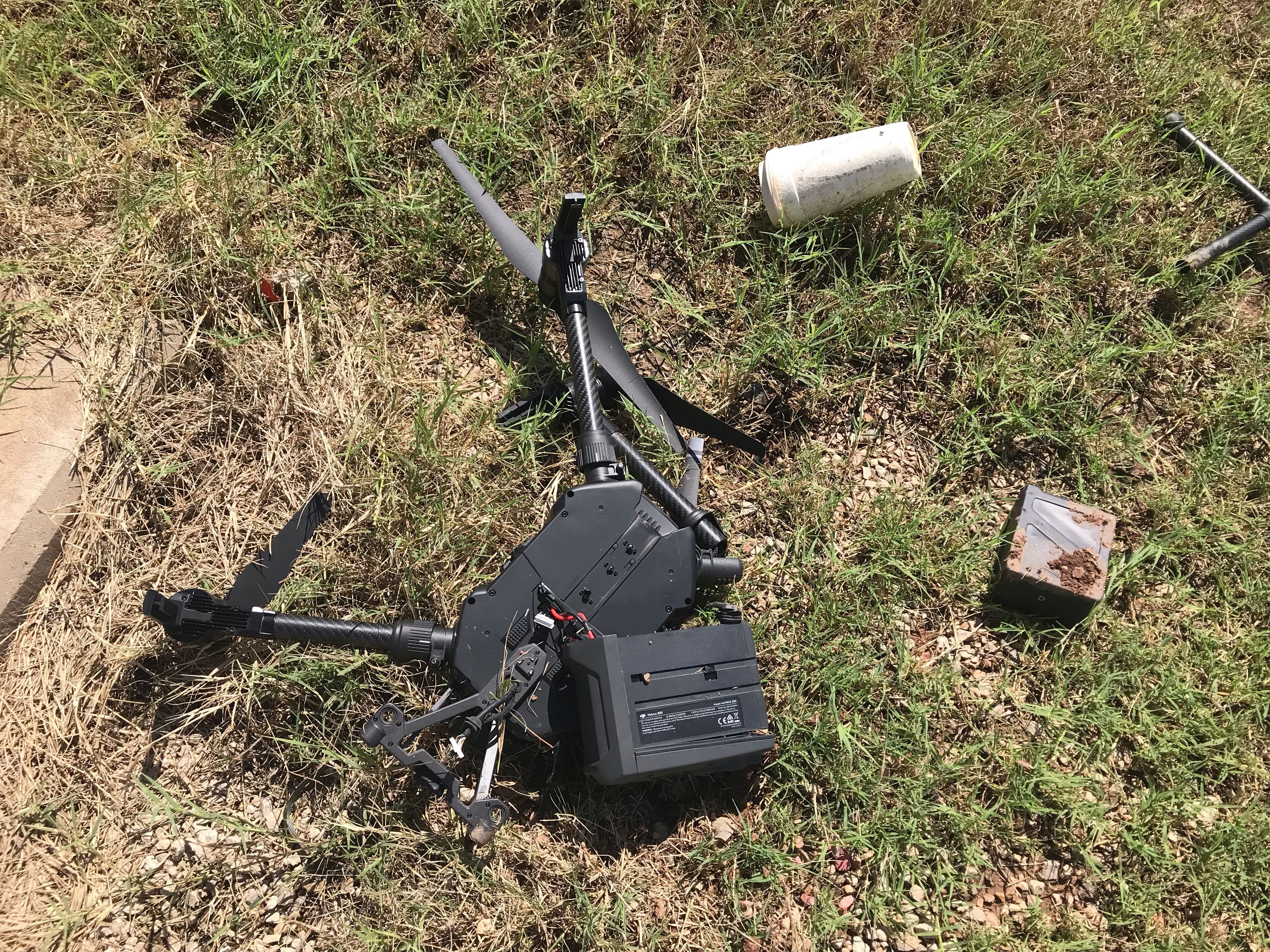 The UK Civil Aviation Authority, think FAA, just sent out a warning regarding the Matrice 210 falling out of the sky.

In the U.S. we don’t have any similar mandatory reporting requirement so there is no way to know if others have been experiencing similar issues here.

But in the much smaller UK there are concerns.

The CAA says, “The CAA has received six Mandatory Occurrence Reports in the last three months affecting the DJI Matrice 210 series drone. The reports have indicated that on each occasion the DJI M210 has malfunctioned resulting in rapid uncontrolled descent and consequent damage to the airframe upon impact with the ground. Reports suggest the issue may lie with one of the airframe’s motors. We are working with the manufacturer and monitoring the situation.

All users of the DJI M210 series are advised to consider their obligations under Art. 241 of the ANO and avoid flying over people or property until further notice.”

Situations like this are going to happen. Consider that these are essentially new aircraft with no annual inspection requirement, like in an airplane, and no historical record yet of mean-time-between-failure (MTBF) or time life parts requiring replacement.

Motors will run out, but when? 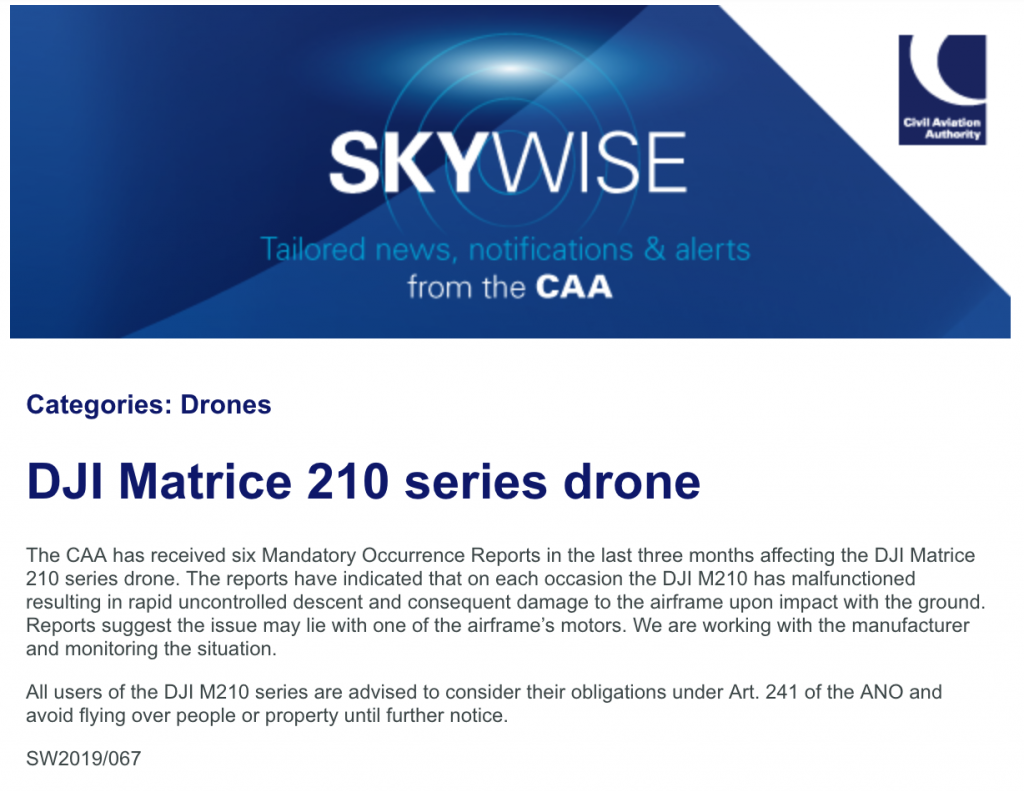