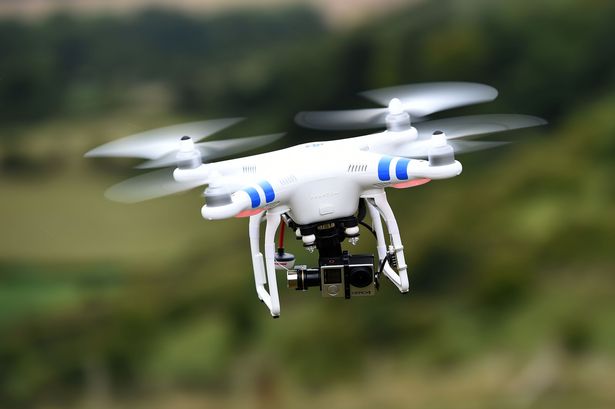 If you were a child of the ’80s and grew up during the “War on Drugs” era of Nancy Reagan “Just say no” slogans and Drug Abuse Resistance Education (D.A.R.E.) programs spreading through schools in the U.S., then you’re no stranger to what a gateway drug is. In case you aren’t familiar with the definition of a gateway drug I will save you the Google search: It’s a habit-forming drug that, while not itself addictive, may lead to the use of other addictive drugs.

Now that I have your attention, hear me out.

When anyone considers starting a unmanned aircraft systems (UAS) program, there are many factors to take into consideration. When a law enforcement agency wants to do this, I would argue there is one more factor that, while it applies to UAS programs in general, is even more of a consideration for law enforcement and that is public trust.

Quite often when you mention law enforcement and drones, you can get a raised eyebrow or a sideways look. I understand the concern that the public has and could probably dedicate an entire article to why you should be more concerned about someone with a cellphone camera or Google Maps than a camera on a drone at 200 feet. The fact remains that we, as LEOs, have to develop responsible UAS programs and educate those that we protect and serve about this new technology.

Over the past year, I’ve had multiple opportunities to talk about the UAS program that my agency has created. The audience has varied and included other public safety professionals, drone industry executives, enthusiasts, hobbyists, and even members of the public that have never seen a drone flying before. For people in the UAS community when they ask what my agency is doing with drones, my response typically leads to a great back and forth conversation about the technology.

Often the public asks, “What are you using drones for?” Then they will follow up with another question before I can answer. Questions like, “Is that thing going to give me a ticket?” “Can it read my license plate?” “Are you going to follow people in their cars with that?”

I always give the same response: “We’re using drones to map crash scenes. We can get the road opened much faster using the drone, so it’s safer for us working the crash and you do not have to sit in a traffic jam.” The response typically goes something like, “Oh, I like the sound of that!”

In a recent Washington Post article, Look what’s new on the accident investigation team: Drones by Jenni Bergal, even the American Civil Liberties Union was supportive of drones being used in crash investigations. Chad Marlow, a senior counsel at the American Civil Liberties Union in New York, said “Filming a traffic accident overhead to get a better view, if it’s strictly limited to that purpose, is not the sort of thing that we would necessarily object to.”

In May of 2017 the North Carolina State Highway Patrol Collision Reconstruction Unit, along with the North Carolina Department of Transportation Aviation Division-UAS Program Office, conducted a test crash. The crash was a demonstration for the Governor’s Highway Safety Program annual “Click it or Ticket” media event. The crash was also the perfect opportunity to allow the Collision Reconstruction Unit to map the scene using their 3-D laser scanner while the UAS Program Office mapped the scene with their drone.

It was no surprise that the drone was faster—almost 3.5 times faster. This means the time that first responders are in the road and exposed to danger is less, traffic backups are shortened resulting in fewer secondary collisions, and the roadway can be restored to the normal flow of traffic, which is of particular interest to the motoring public!

The data collected by the drone was processed by a photogrammetrist with the North Carolina Department of Transportation, and the accuracy was evaluated and found to be very reliable.

So if you are still asking, what does all of this have to do with gateway drugs? Crash reconstruction with drones is the program that will help you build a responsible, public-trust-building, UAS program at your agency. Once the public sees this incredibly beneficial piece of technology being used to help protect and serve you will have their trust, and this will lead to other uses and expanding the program at your department.