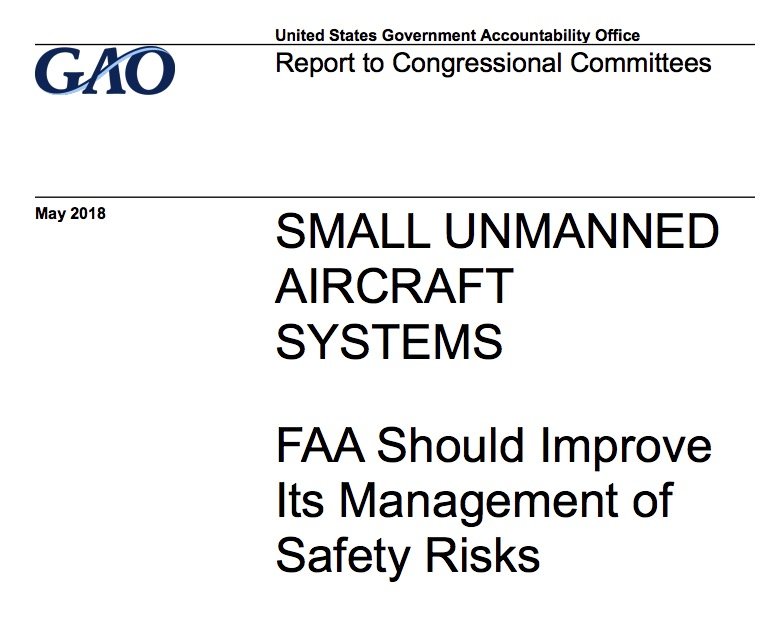 The Government Accounting Office has released a report on Small Unmanned Aircraft Systems that contains some interesting information about approval for UAS flight over people and beyond line of sight.

The report says the, “FAA is developing standards designed to routinely and safely allow small UAS operations over people who are not directly involved in the operation of the aircraft (the public) in urban areas. In February 2016, FAA chartered the Micro Unmanned Aircraft Systems Aviation Rulemaking Committee (ARC) to develop recommendations for developing a performance-based standard that would allow certain UAS to be operated over non-participating people. In recommendations issued in an April 2016 report, the ARC identified four small UAS categories defined primarily by level of risk of injury posed by operations over people. For each category, the ARC recommended performance standards and operational restrictions to minimize risks. FAA had planned to issue a proposed rule on operations over people by the end of 2016 and a final rule by the end of 2017. FAA tentatively plans to issue a regulation allowing routine operations over people in late 2019. FAA also expects the proposed rule to be informed by FAA’s Pathfinder 1 project being conducted in partnership with Cable News Network (CNN) to explore safe methods of small UAS operations in populated areas.”

It appears routine operations over people would be available in late 2019 or early 2020 before it rolls out.

What most public safety UAS pilots are looking for is the ability to fly beyond line of sight.

The report states those rules are coming but will be delayed about a year after the flight over people.