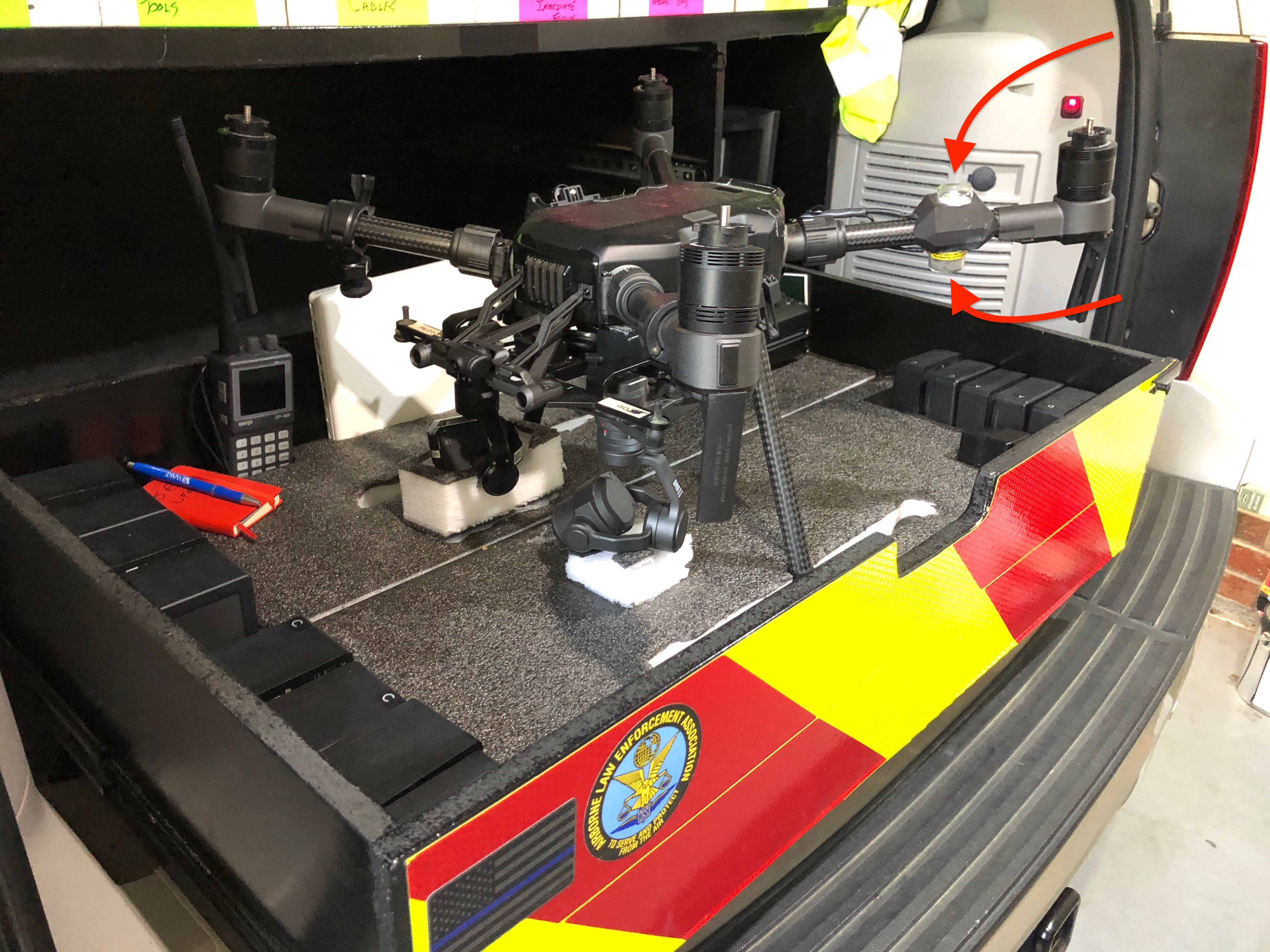 It does not matter what you have seen in advertisements regarding strobes; all strobes are non-compliant.

There is a lot of advertising out there which claims strobes for UAS meet the standards. But I got curious why none of the ads advertised the strobes coming with the appropriate standard airplane paperwork for parts.

In the airplane, a compliant part comes with a TSO (Technical Specification Order) or PMA (Parts Manufacturer Approval) certificate showing it complies with FAA requirements.

But strobes I’ve purchased did not have any such paperwork.

When I pushed one of the leading suppliers, they came back and confirmed my concerns. I asked them for a compliance document to certify the strobes met the requirements in FAR 107.29.

And, of course, this also applies to flying at night after civil twilight.

The FAA has also shared that no UAS aftermarket part meets any regulation and is not approved by the FAA. And here is the kicker — because the UAS must self-certify the anti-collision lights meet the standard.

The manufacturer who advertises their strobe lights are “Approved FAA 107.29 for Night Flights” and “Approved by FAA 107.29 as required navigation strobes for dusk/dawn and night flights” said privately in an email that the pilot must self-certify they meet the standards.

I seriously doubt nearly all UAS pilots have gone out to self-certify their anti-collision lights. Given all this information, I went out the other night and did just that. A log entry was then made in the aircraft logbook.

How I Tested My Strobes

If we go back to FAR 107.29, we know the anti-collision light does not have to be of any specific color. However, it must be visible from above, below, and beside the aircraft.

Here is a suggestion on how to measure your strobe light compliance so you can self-certify it. Or, at the very least, this is what I did.

I found a straight three statute mile stretch using Google Maps where I could post a visual observer at the other end. I found a power line that was a straight shot and began 170′ higher on one end. The added height from the takeoff LZ gave the observer more height to spot the UAS in flight.

At 40 minutes after the end of civil twilight, I took off and climbed to 390 feet, and the visual observer confirmed strobe lights were visible that are mounted to show from the top, bottom, and side. Mine is mounted on the top and bottom of one of the arms on the Matrice 210 I fly. 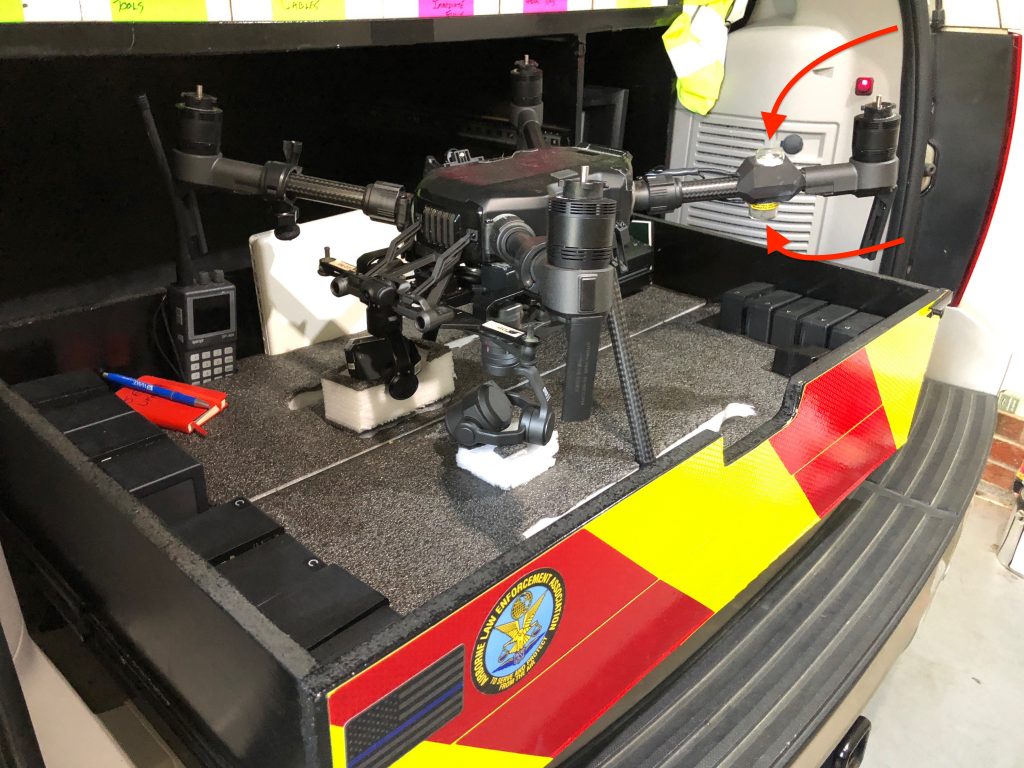 You could argue that the strobes may need to be even brighter during civil twilight than during night since some ambient light remains. However, I flew beyond three miles during my testing to compensate for this, and the visual observer could still see the lights.

After landing, I made a notation in the aircraft logbook that the specific strobes meet the requirements of 107.29 and included the location, date, and name of the observer. The entry was signed.

Is One Entry Sufficient for Compliance on a Shared Aircraft?

Well, I hate to be a stickler, but I desire to keep every UAS pilot on the right side of silly things that can create unnecessary liability in the case of an accident or injury. You can imagine an attorney going after a UAS pilot following a night accident and claiming the lights were not compliant.

According to FAR 91.3, “The pilot in command of an aircraft is directly responsible for, and is the final authority as to, the operation of that aircraft.”

So each pilot of a shared aircraft would have to self-certify the strobes are compliant, or each pilot who did not personally test the strobes would be directly responsible if the strobes do not meet the standard.

If you are flying under a COA, then the COA Holder, designated safety compliance staff, and the government behind the COA holder would be responsible for ensuring the strobes are compliant while the aircraft is involved in any Public Aircraft Operation. And since any COA pilot is also subject to FAR 91.3 as well, the pilot also. Yet another reason why flying under a COA makes no sense for most government entities.

To show you how all UAS pilots should read advertising carefully, look at this advertisement from a leading UAS retailer and tell me what glaring error you spot. 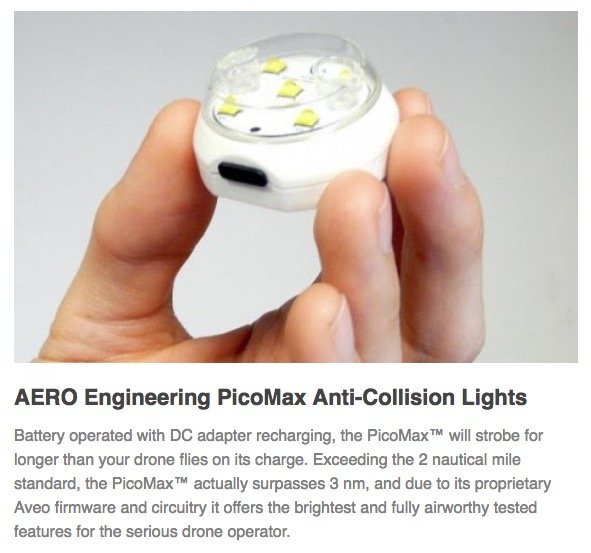 Your anti-collision lights are not compliant until you self-certify them.