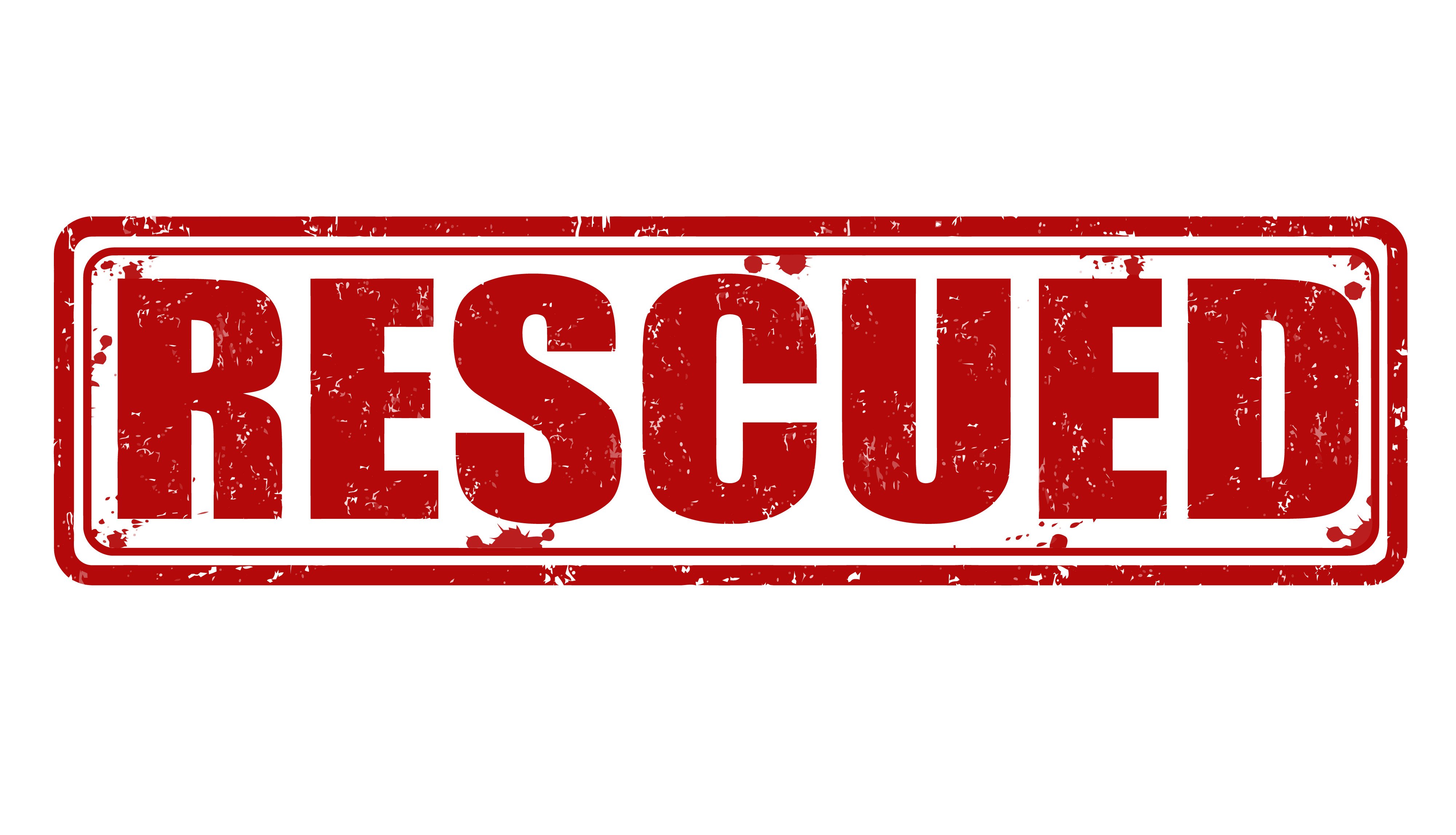 Here is another flight debrief to assist others with lessons learned from this actual flight.

This is his second episode of the subject walking away from home. He was last seen at his residence at 10:30 PM on April 22, 2018. The first time he was found near the home of his daughter, nearby. 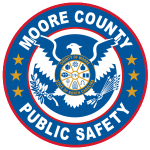 Moore County Public Safety called me directly at 0215 and requested the Wake Forest Fire Department drone Firebird 1 to assist in the search for missing man. At around the same time, Moore County Emergency Management called Wake Dispatch and made a formal request. A time and an incident number was assigned.

I spoke to both Chief Early and Battalion Chief Barrett before departing to the location in Moore County. The address was approximately 90 miles away. I arrived at 0353.

Moore County also called Fayetteville Police Department for their drone to come and assist in the search.

Upon arrival, I spoke to FPD pilot and we coordinated airspace operational heights. A second FPD pilot arrived later. 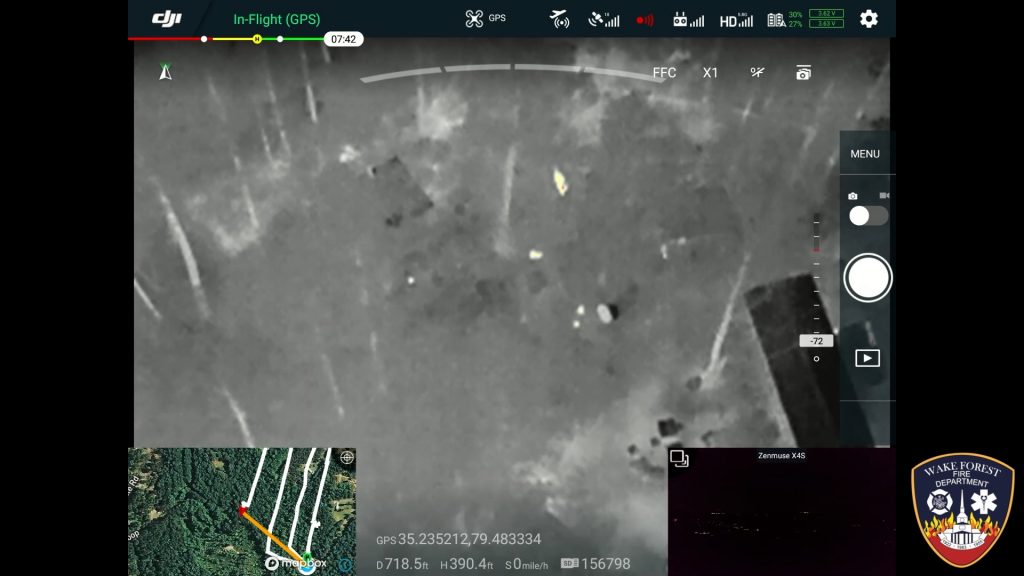 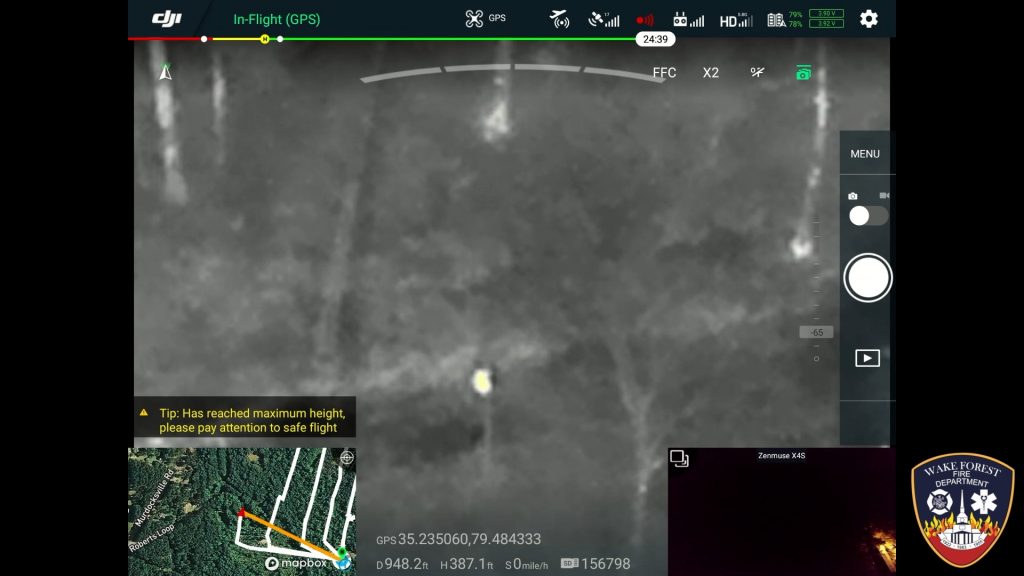 That being said, there will always be a newer and better camera available so chasing the latest technology solution is not a viable option even though it could significantly improve thermal operations.

A coordinated effort by local law enforcement agencies who deployed a drone to find a missing 79 year old gentleman who suffers from Alzheimer’s was successful, and the man was taken to FirstHealth Moore Regional Hospital by an ambulance.

A North Carolina State Highway helicopter, a drone team from The Wake Forrest Fire Department, and The Fayetteville Police Department also aided in the search for the man.

Drones located the missing man in a wooded area close to his home this morning at 5:00 am. The news release did not state if the man had injures or was taken to the hospital for observation.

Responders were dispatched just before 10:30 pm to a residence on Windfall Drive off of Esther Road for a reported missing person.

The man went missing from a home located on a dirt road surrounded by woods. A ground search was immediately started by sheriff’s deputies and firefighters. In addition, a K-9 from Southern Pines Police Department responded and assisted in the initial search for the missing man.

Just after midnight a helicopter with the NC State Highway based in Salisbury was brought in to assist in the search for the missing man using infrared cameras.

The man was last seen at his residence around 10:00 pm wearing blue pajama pants, a black t-shirt, white tennis shoes and glasses. He reportedly has dementia/Alzheimer’s and may have had an altered mental status according to authorities.

He was located shortly after 5:00 am Monday morning using a drone aircraft after all night search efforts by authorities. The man was transported to FirstHealth Moore Regional Hospital by ambulance according to emergency officials.

Sheriff Neil Godfrey stated Monday morning “This happy ending is a great example of teamwork that employed technology and a collective group of dedicated selfless servants.”