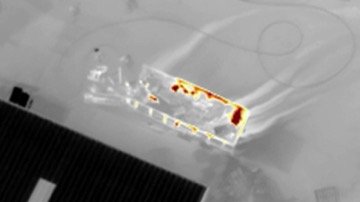 In my continuing effort to share drone flights with lessons learned here is a recent incident where things unfolded very rapidly. Flight emergencies never happen at the best times. You always need to be prepared for an unexpected event.

I just published Expecting Trouble is a Safe Way to Fly. Ironically I had written that post before the flyaway described below happened.

At 1519 an outside fire call was dispatched at [X]. Multiple Wake Forest Fire Department units were dispatched.

I followed Ladder 1 from Station 1 to the incident scene and subsequently established my landing zone (LZ) as determined by the tight access to the incident and because of the location of the hose when I arrived.

Multiple people walked up to me while I began to prepare to fly and was flying. I advised the people I was unable to talk with them at that time.

The location of the flight was challenging with winds at the edge of my comfort zone. Winds were reported from 350 degrees at 19-28 knots.

I evaluated the location and situation and made the judgment the flight risk was sufficient in order to check the roof of the building next to the fire location. 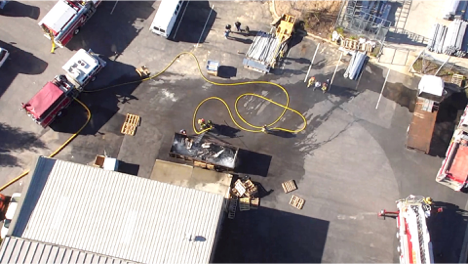 After takeoff, I proceeded over the building and observed the fire location using both the visual and thermal camera. 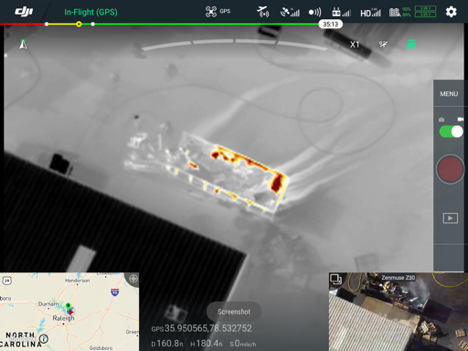 In the mission flight video at 5:56 you will see a brief warning message of “Strong Interference to Aircraft.” It was 34 seconds later when I lost control of the drone in flight.

It is unclear if the interference caused the control issue or it was the strength of the strong winds. 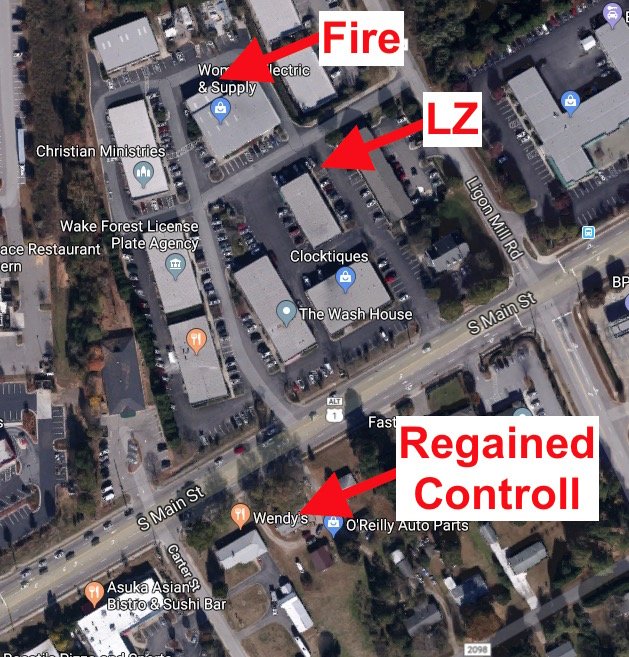 Given the risk to the building from a fire against it, I made the judgment the flight was worth the risk in the high winds.

Suitable actions were taken to regain control of the aircraft and the UAS was observed visually at all times during the incident.

Upon review of flight data, the fly away was NOT the result of strong winds alone or at all. The exact cause is yet to be determined.

The maximum forward airspeed of the UAS is 52 MPH. Winds gusts were peaking at 33 MPH. Significant remaining forward thrust to hold it in position remained. Yet despite applied forward thrust the UAS drifted back as shown in the video.

The amount of time between the notification of interference and the event suggests there may not be a cause and effect connection. The video indicates a brief IMU error message in flight as well but that may have been caused by substantial turbulence in flight.

When the craft began the flyaway the Return to Home function was initiated immediately yet it continued to drift.

The loss of control was only on one axis and was able to be recovered. Bringing the craft down and back towards the LZ successfully recovered the aircraft and full control.

I then began a descent in a safe area to prepare to crash the drone in a controlled manner to prevent injury to persons if I was unable to gain more control. When I began the descent I noticed from the drone telemetry that the forward airspeed of the drone was dropping and I regained full control.

The exact cause of the event is undetermined and upon reflection, it cannot be blamed on the obvious high winds.

The IMU will be recalibrated prior to the next flight.