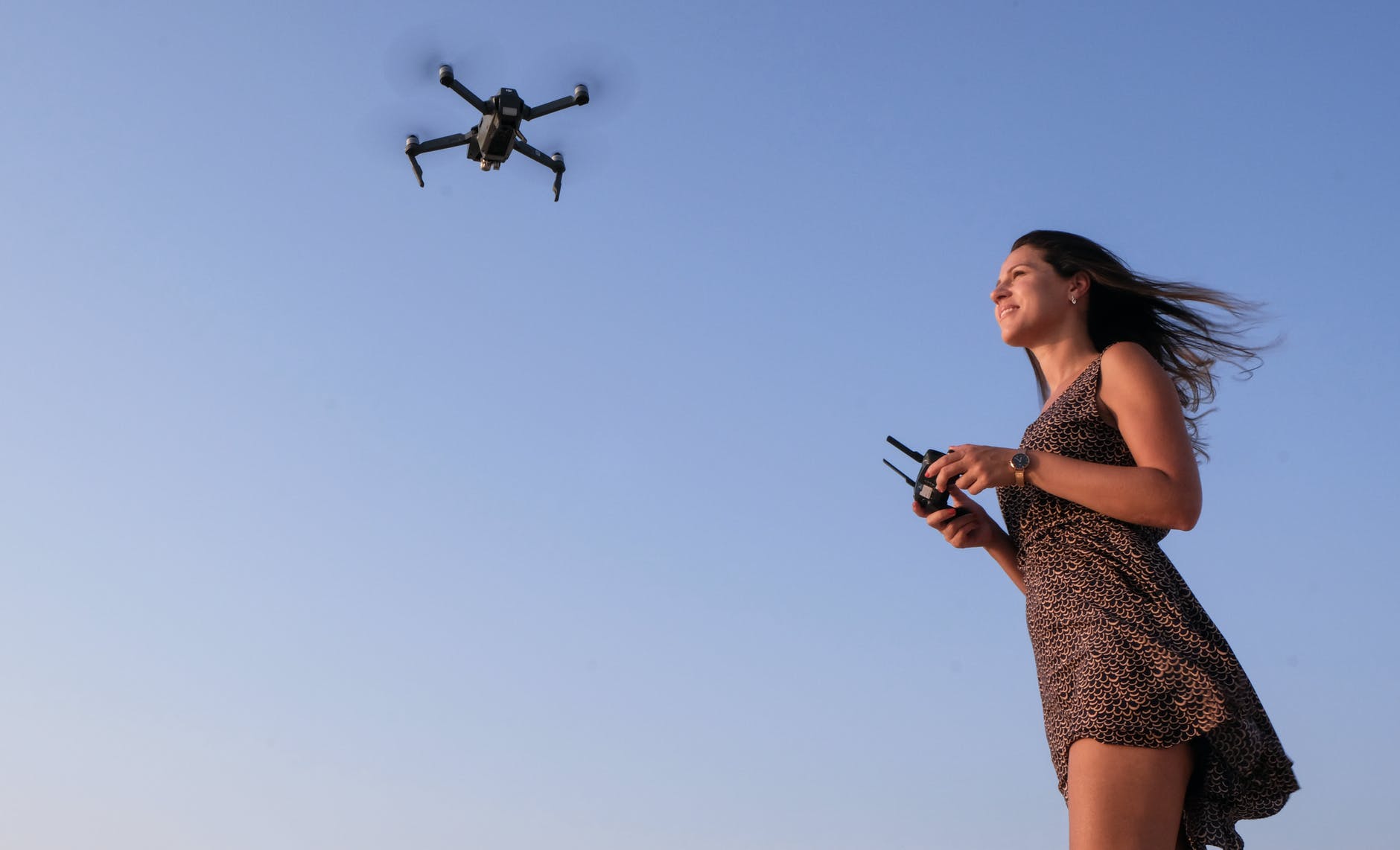 As drone operators, are we screen-watching camera operators, or are we pilots? The FAA says we’re pilots, which means we have a responsibility to see and avoid other aircraft (and persons and property on the ground).

Seeing and avoiding air traffic is our responsibility when operating drones.

Studies on collision avoidance show that it takes, on average, at least 12.5 seconds for a pilot to detect, decide, and act to avoid a collision. (See Advisory Circular 90–48D, change 1, for more information about collision avoidance for pilots). For the drone community, a collision avoidance protocol must include hazard identification and a risk assessment (likelihood and severity) of encountering low-flying helicopters or agricultural aircraft that may be operating below 400’ above ground level (AGL). This is especially important for those who operate in urban environments near hospital helipads or in rural settings where aerial application activities routinely occur. In reality, an unexpected encounter with a low-flying traditional aircraft means there is not much time to react. This is because even an aircraft traveling at a relatively slow 100 knots ground speed covers just over 168 feet per second. In 12.5 seconds, it can cover over ½ mile over the ground before the drone pilot can react, according to those studies.

When we operate our drones, do we see enough of the horizon in all directions, to detect a low-flying aircraft, decide what to do, and then maneuver out of the way? If we are screen watching, aren’t we really acting as a camera operator and not an aircraft pilot who has the responsibility to “see and avoid”? If we plan to screen watch, that’s okay, but only if you have at least one, and possibly more, visual observers (VO) and place them in locations where they can see the airspace down to the horizon so there is time to get the drone out of the way. Remember, even if we have a VO, the drone pilot still needs to be in a position to look up and see the drone and the surrounding airspace to avoid a collision from where they are. Remember, where you choose to fly can have a big impact on how you can see and avoid other aircraft!

When choosing a flying location, consider flying below the height of surrounding structures, since they are likely to keep traditional aircraft higher. In order to operate safely, we need to see much more than just the drone itself. As drone pilots, we have a responsibility to see enough of the surrounding airspace to give way and not interfere with traditional aircraft. We should never assume traditional aircraft only operate above 500 feet AGL, and we need to be aware that other aircraft can approach our location unannounced from any direction at very low levels. When operating a drone, it’s the drone pilot’s responsibility to see and avoid other aircraft. In fact, it is required by regulation!

Remember, in order to meet our responsibility of “see and avoid,” it is imperative that we can see enough of the sky to detect other aircraft and maneuver the drone out of the way. FAA regulations require drone pilots to give way, and never interfere with other aircraft. Conduct a risk assessment and identify potential hazards and ideal site selection in your pre-mission planning (see the FAA Risk Management Handbook). Fly smart! Fly safe!

John Meehan is an aviation safety analyst with the General Aviation and Commercial Division’s Safety Outreach Branch.
This article originally appeared in the September/October 2022 issue of FAA Safety Briefing magazine.
Join 501 other subscribers