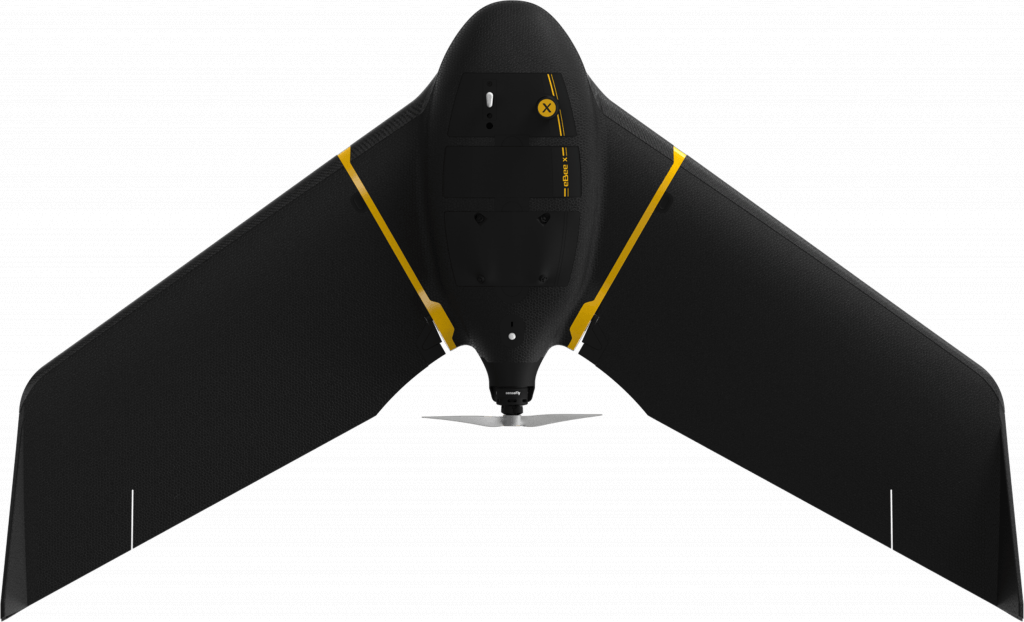 I was recently asked about a fixed-wing UAS, the FlightWave Edge 130. In taking a look at the UAS, I noticed the following statement on the FlightWave sight, “The Edge 130 VTOL tricopter is a consumer-priced, military-grade UAS designed for long-range, long-endurance missions.” – Source

It was the words Long-Range that caught my eye, given all the FAA has talked about regarding UAS and Visual Line of Sight (VLOS) education.

The reality is that to fly within the Federal Aviation Regulations and CFR Part 107 or even a COA, the flight distance of a fixed-wing UAS is just as limited as a quadcopter.

Ther is NO exception from VLOS requirements for fixed-wing drones.

The most current FAA education on how far you can fly a drone is not very far.

“Steve, you can’t be saying that my fixed-wing UAS is limited to less than 1,500 feet or so from me as the pilot?”

I’m not arguing about what the fixed-wing drone can do and if it can fly long distances. I’m sure it can. I am saying that long-range flight is outside Part 107 regulations and out of compliance flight that can subject the pilot and department to maximum liability in the case of a complaint or a crash. 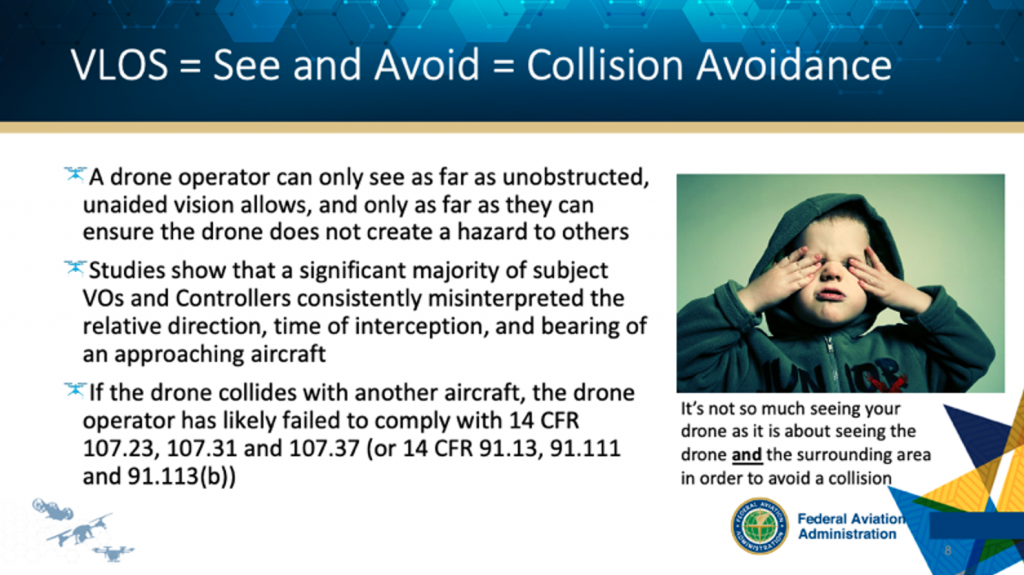 Remember, it is not enough to see your fixed-wing UAS in the sky to be in compliance with 107.31.

The core requirements of the RPIC is they can’t monitor the fixed-wing UAS flight by looking at a monitor or controller. Glancing away from visualizing the UAS in-flight results in having to bring the aircraft back towards the RPIC to reacquire it adequately. See the lessons learned, here.

Part 107.31 requires you to accomplish the following observations to be made with “vision that is unaided by any device other than corrective lenses.”

The RPIC “must be able to see the unmanned aircraft throughout the entire flight in order to:”

The FAA says it is not adequate for only a Visual Observer to accomplish these goals. 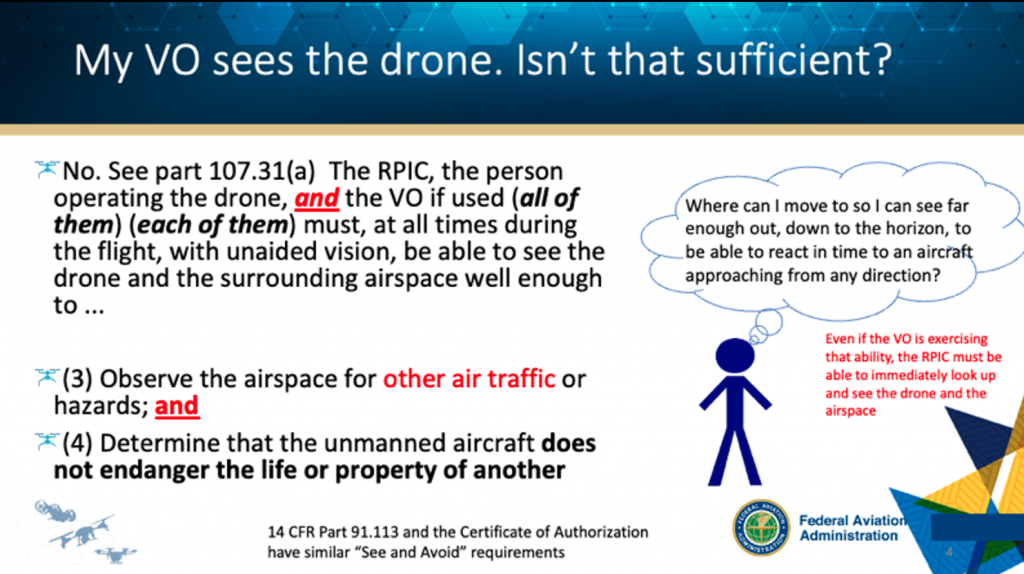 Fixed-wing drones crash like quadcopters do. Here is a recent report out of the UK as an example.

To read the latest guidance on UAS operational requirements when it comes to VLOS, read this. 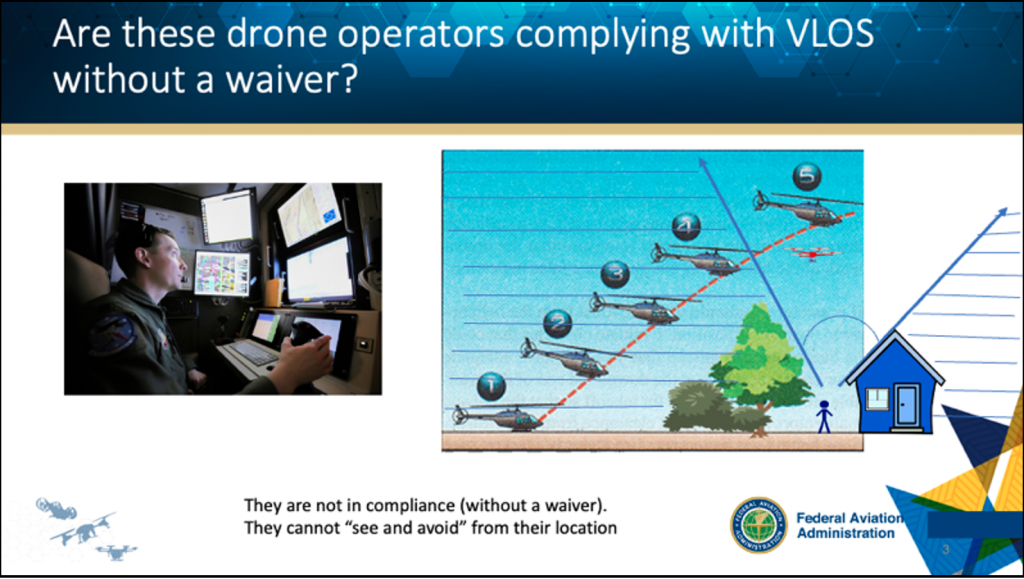 For more on the limitations of VLOS flight for fixed-wing UAS, see this and this.

Just because a manufacturer or your peers insist that you can operate your aircraft in a certain way, that does not mean you actually can. I encourage you to educate yourself about the facts rather than whispers and assumptions.