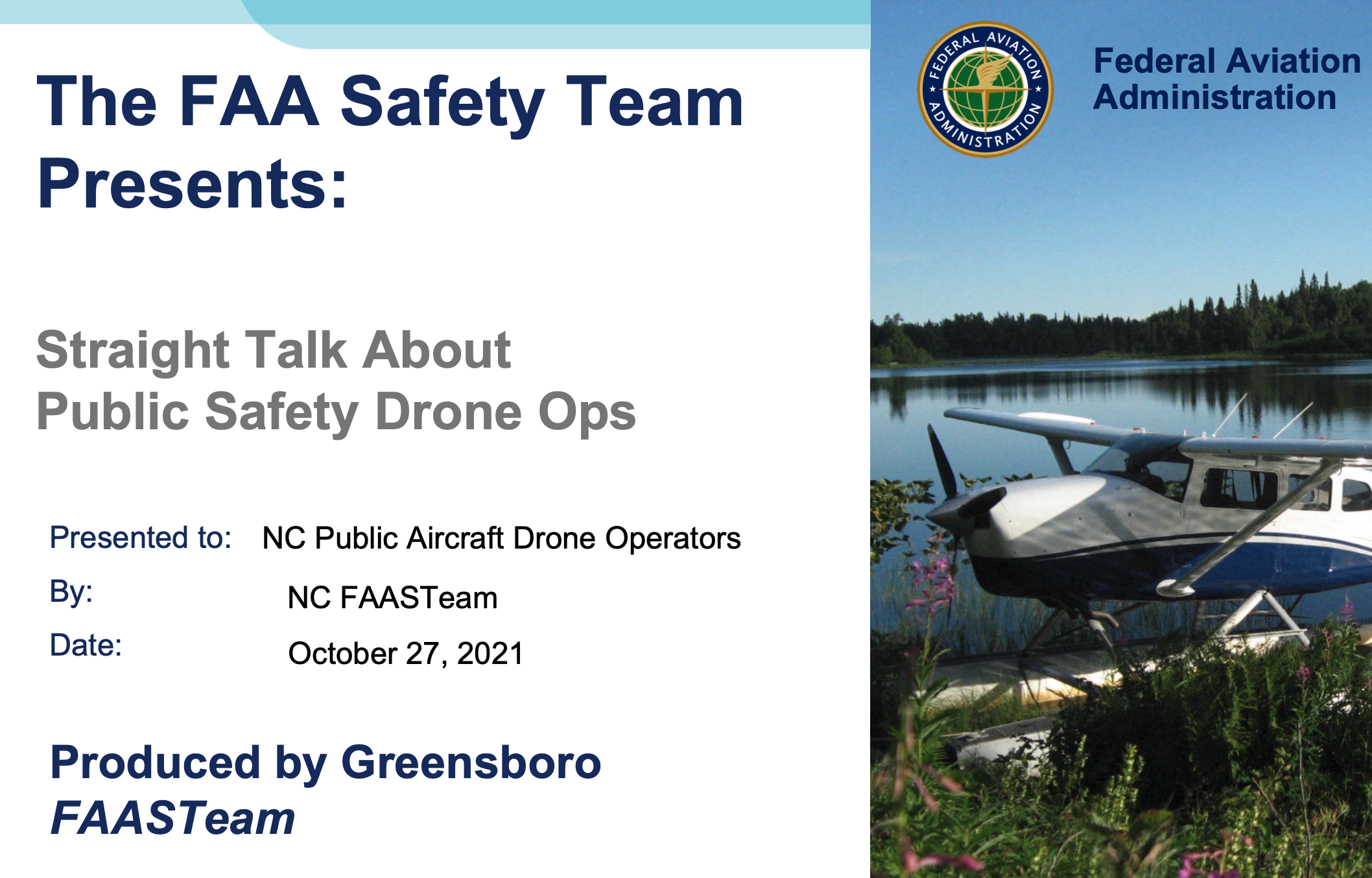 This past week I had the privilege of hosting an FAA webinar on Straight Talk About Public Safety Drone Ops. We had public safety pilots from around the country that attended. The number of FAA panelists that participated was exceptional.

The information we gave turned a lot of heads and helped to clear up a lot of misinformation and misperception among pilots.

Unfortunately, the recording of the webinar failed.

But here are the slides from the one-hour webinar.

Attendees came away with a better understanding of why it no longer makes logical sense for public safety operators to conduct flight operations under a COA instead of making sure all pilots are Part 107 certificated as commercial UAS operators.

We also talked in detail about the complaint procedure when anyone contacts the FAA and files a complaint for any reason. Any complaint can start an investigation that can expose the pilot to requests for flight data and details that can lead to formal action.

The complexities of conducting Public Aircraft Operations and the expected duties for a COA agency to conform with AC 91-91 for Public Aircraft Maintenance were discussed.

We touched on the rampant misperception about Part 107 night flying and Visual Line of Sight VLOS operations.