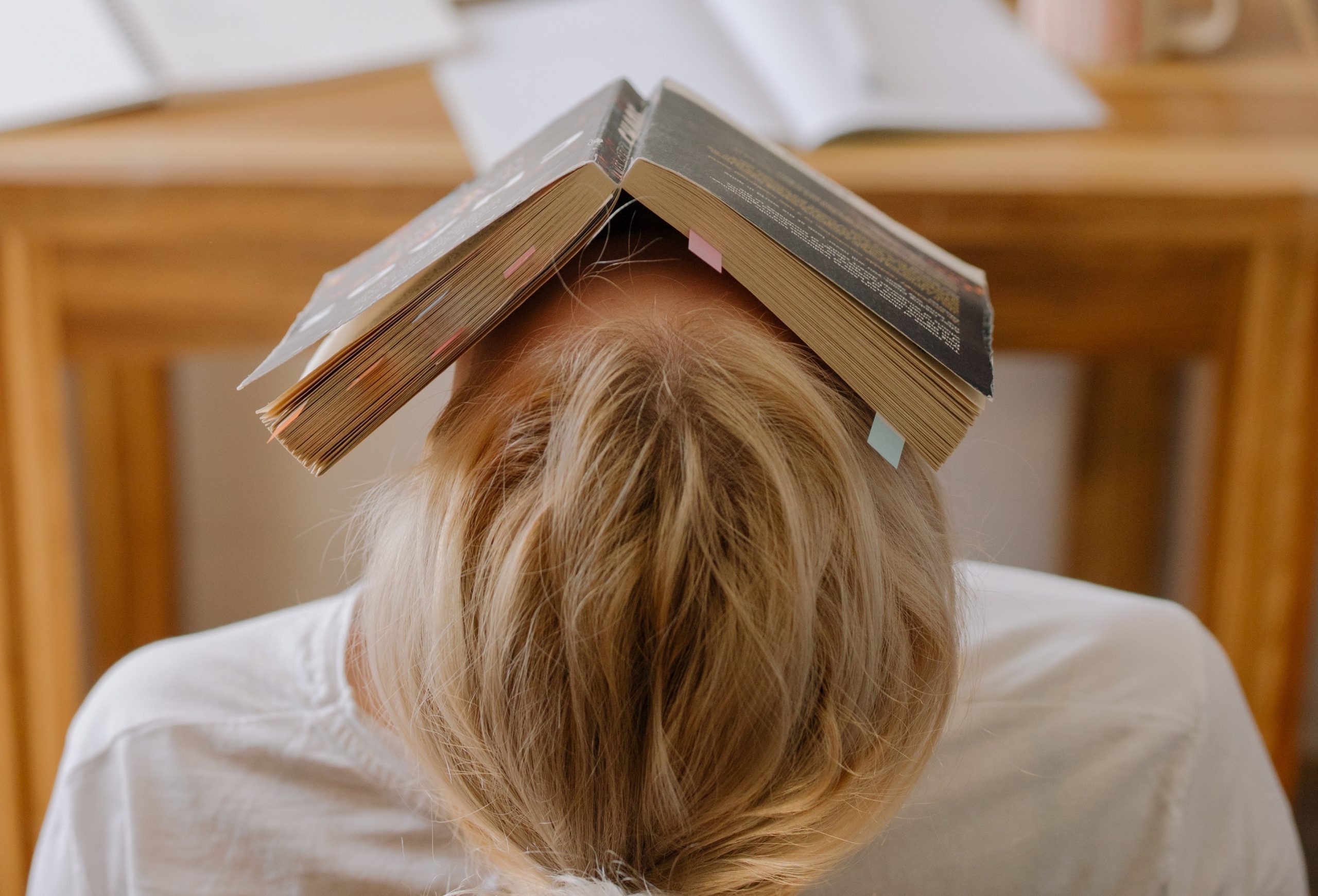 If you are between the ages of 17 and 24, the U.S. Department of Labor plans to launch a program to teach you how to fly drones through a company Spirit Technologies under the name Drone Corps. In fact, the goal is to get 80,000 new drone pilots online with the promise of paying between $15 to $32 per hour for pilots.

What You Are About to Read is My Opinion.

This is the dumbest, most asinine boondoggle I’ve ever seen in aviation. And it appears even to lead students to potential student loan debt.

The announcement page for registration says, “The Program cost is $15,000.00 per student. The student can self pay, or the program is eligible for student funding.” – Source

The site also says the Drone Corps is a “12 month program. 40 hour work week. Student has US Department of Labor approved core competencies they must reach for hourly increases every 3 months. Wages start at 15.00 per hour, increasing to 24.00 per hour.”

A previous version of the Drone Corps websit also said, “You will need to have your own housing and transportation. You will receive monthly gas allowance, as well as earn 25,000 at the end of your 12 months to use for higher education, or higher education debt.”

According to a Drone Life article, recently, Drone Corps “Participants in the program will be required to work at a regular 40-hour per week job, with some Saturday work involved. “Sometime during the week they’ll have an assignment to be completed by Saturday before noon,” [Jim] Mikel said.”

I’m a public safety drone expert pilot, and there is no way in hell that it costs $15,000 or takes a year of training to become a drone pilot.

The basic requirements to become an FAA certificated drone pilot are to take a 60 question test and score 70 percent or better to become a commercial drone pilot. The study materials are available for free from the FAA.

So what in the world are these Drone Corps students going to work doing for 40 hours a week and only have to complete “an assignment” once a week?

Drone Life also says, “By the time they’ve reached the fourth quarterly period, students will have achieved 2,000 hours of awarded completions and mastered six core competencies, such as learning to communicate with air traffic control (ATC), including position and altitude reporting. At another level in their training, students will demonstrate competency in first-person-view flying by taking part in unmanned aerial vehicle races.”

Now I’m totally stumped. The current FCC position is that it is illegal for ground-based drone pilots to communicate with aircraft or ATC over a VHF radio. So are students going to be trained in how to use a phone or send an email or maybe broadcast data over WiFi?

The Drone Corps program is supposed to require students to pass the FAA Part 107 test by three months in the program. That’s three full months of 40-hour a week commitment. However, I can get a new pilot that is capable of learning and wants to learn through the FAA Part 107 test for free in a week of self-study and a one-day review class.

This appears to be the same Jim Mikel that raised at least one unhappy commenter about the Spirit Foundation efforts.

The unhappy person stated, “The Spirit Foundation, a not for profit organization claims to support US Veterans by providing scholarships and creating jobs in energy efficiency. They claim to do this with “The Home Energy Score”, a US Department of Energy program that provides home owners a report on how efficient their home is with a rating system from 1-10. They claim to have a “patent” on the program, and Jim Mikel, the president of the organization claims to work with the white house every day to design this program. These are all false claims. While this can seem like a legitimate opportunity to provide sustainable jobs that reflect a positive impact on the environment, The Spirit Foundation takes this initiative and exploits people on every level. They exploit our Government, hopeful job applicants, employees, partners, customers, and even worse.” – Source

According to the State of Nevada, The Spirit Foundation was formed as a domestic corporation on July 16, 2012, and dissolved at some point without completing the required annual report due on July 31, 2016. – Source

The State of Missouri also has a filing for Spirit Foundation registered in Nevada with a principal office address in Texas at 8509 Findlay, Houston, TX. The registered agent in Missouri is listed as Jim Mikel and Donna Andreson as the president, and Nathan Mikel is the Vice President. – Source

The IRS reports they did have a non-profit registered at 8509 Findlay, Houston, Texas, and they provide an original charitable determination letter for the group under the name Watch Me Grow Inc. – Source

According to the IRS, the foundation was revoked on November 15, 2016. – Source

The same unhappy consumer I mentioned earlier also stated, “The Spirit Foundation has been around for almost a decade and has made no progress towards any of these goals that they claim to [be] founded on.”

The poster goes on to say, “The Spirit Foundations “Board Members” consist of hard working ambitious young men that just want to work for a legitimate company while making this world a better place, but lack business expertise and are manipulated into working over 80 hours a week for $0-$1,000 a month based on shady, unethical, unreasonable business practices, and false promises from Jim Mikel. The Spirit Foundation also offers courses to become a “Home Energy Score Qualified Assessor”, and a “LED Lighting Qualified Assessor”. These courses are offered on a Multi-Level Marketing platform, which is their core business model. The Spirit Foundation claims that these jobs can provide income of $3,000-$8,000 to hopeful candidates that want to take these courses and “start a career in energy efficiency” through their nation wide connections and partnerships.” – Source

In 2015 the Spirit Foundation was promoting ties with the U.S. Department of Energy. – Source You have to take online complaints with a grain of salt. Unfortunately, this is the very unhappy posting of one person and we don’t know what their motivation was.

But What Did Strike Me

If you filter out the unhappiness of the commenting consumer, it did strike me there are some similarities between the claimed learn your way to work approach that sure feels similar to the Drone Corps pitch.

A 2014 fan of Mikel’s applauded his efforts by saying, “The training is offered by The Spirit Foundation, a U.S. Department of Energy Home Energy Score Partner and Wounded Hero Project. Spirit Foundation has had Spirit Techs in Missouri for some time and is now expanding to Austin. Jim Mikel, whom I have known for several years, has worked tirelessly and with many groups and people to now offer this training to veterans and Wounded Warriors.” – Source

The author went on to say, “The training they are taking part in offers each of them the tools to build a business and a career in energy efficiency as a green home tech.” Reminds me of something else.

U.S. Department of Labor and Programs

The Drone Corps website says the program is registered with the US Department of Labor under TX-93471. However, I am unable to locate any such registration publically. So we don’t know what that registration actually says or means.

The Drone Corps website also says, “Drone Corps is part of the Licensed Unmanned Vehicle Program (L.U.V.).” I could not locate any such program except on the website for Spirit Technologies LLC-B. – Source

The Agricultural Supersonic Growth program says, “Dropped in with drones. Doubles size of crops in most instances.” I wonder if that might be part of the work efforts of students in Drone Corps?

The Spirit Technologies site goes on to say:

“SERVICES PROVIDED BY STUDENTS IN THE LUV PROGRAM:

Again, all of this has been my opinion, and the result is I’m not sure I get the whole point. There is certainly no reason to charge anyone $15,000 to become a drone pilot, and I question the value of the education.

Especially when the Drone Life article states, “students will learn about drone videography and cinematography in preparation for possible careers in the entertainment or media industries. Skip Fredricks, director of Hollywood Drones, who will be directing this part of the course, will offer a hybrid of live instruction and hands-on training. He will live-stream lessons to students, who can then mimic his actions with their own drones at their own locations, similar to the type of instruction offered for Peloton bikes.”

And the Drone Life article ended with this statement, “He added that he also hopes to be able to help place some Drone Corps students into internships and jobs through his connections in the entertainment industry.”

We struggle now with far too many drone pilots that do not understand the liability and complexities of becoming an FAA certificated aviator and abiding by the growing complexity of Federal Aviation Regulations.

Mimicking instructors via video and hoping to place a few students in internships seems like a problematic endeavor.

My Advice to Students

Drone Corp might be the most legitimate effort that has ever been created. However, my look at the public statements and promotional material has left me with concerns. But if you are considering participating in the program, my best advice is to ask many questions before enrolling.

More importantly, since you will become an FAA aviator, it would be prudent to talk to a local Certificated Flight Instructor or other FAA professional about the program. Get a second and third opinion, and then determine if Drone Corps is right for you.