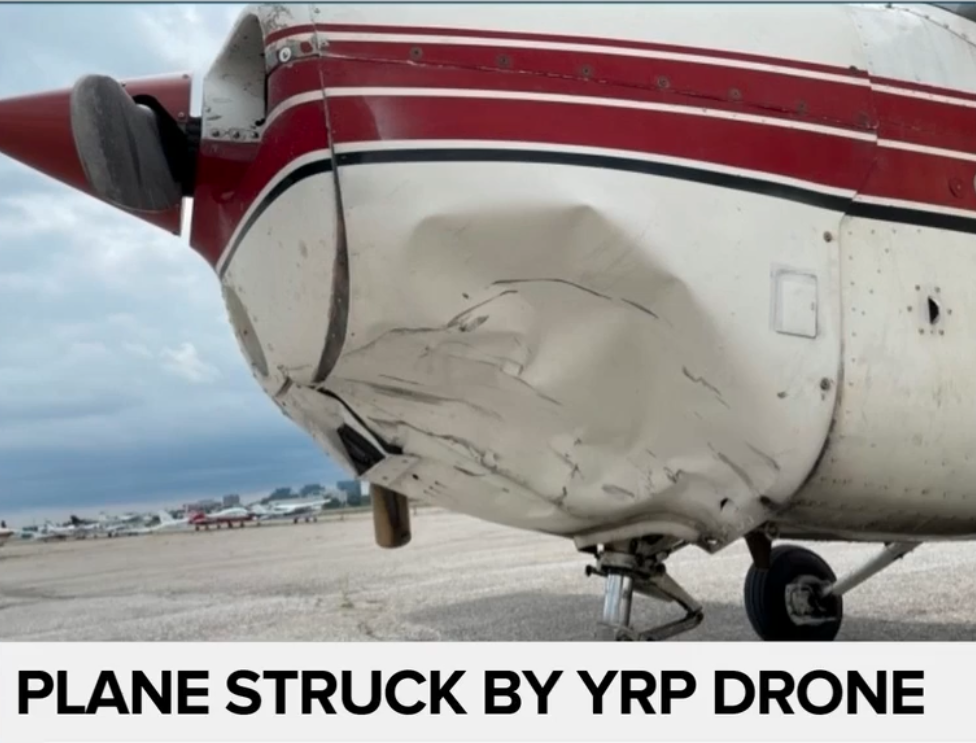 On August 10, 2021, near Markham in Ontario, Canada, a police drone was involved in an operation or investigation near the Buttonville Airport. 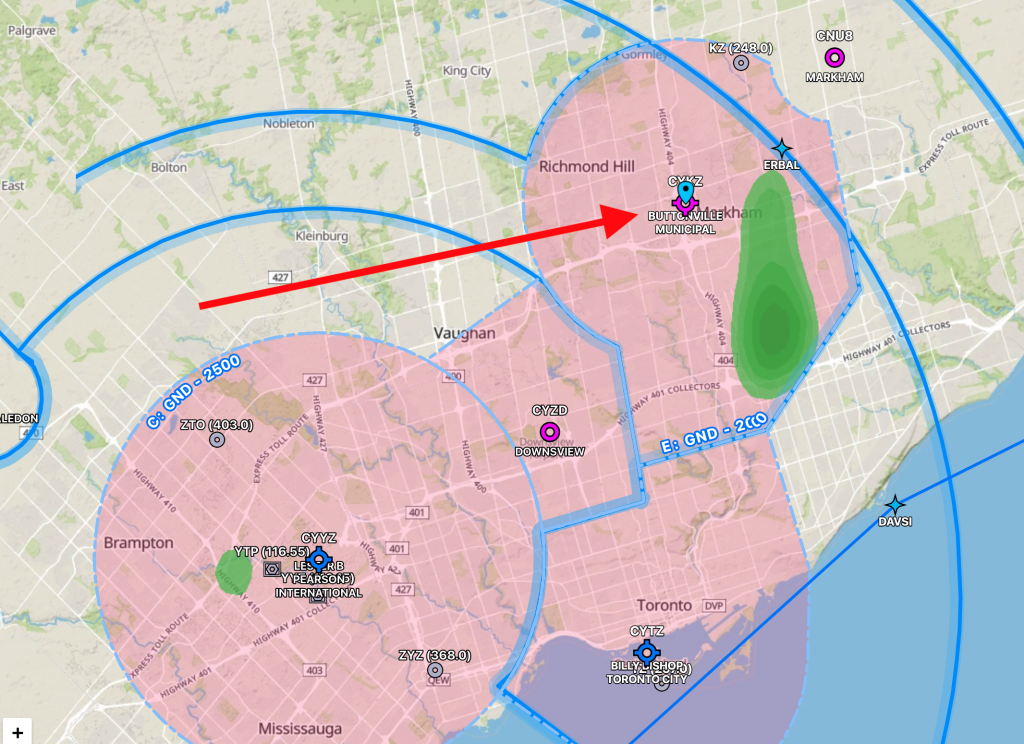 Transportation officials stated the drone was flying in controlled airspace without authorization when the drone struck the Cessna 172 with two pilots aboard. One pilot was a flight instructor, and the second was a student pilot.

The drone impacted the airplane on the pilot side of the lower engine cowling. If it had struck the airplane just a foot or so higher, it could have penetrated the windscreen and severely injured or killed the pilots. City News reports, “The report said the two people on board thought they had hit a large bird and “had felt a jolt that pushed them back on their seat.”

At this point, I do not know the make and model of the drone involved. However, media coverage of the York Regional Police did previously state they had acquired an Aeryon Ranger in 2016.

Because the collision also resulted in a propeller strike between the airplane and the drone, the engine will require a mandatory teardown costing tens of thousands of dollars. I would not be surprised if this incident leads to government enforcement action and lawsuits against the York Regional Police and pilot.

It is reported the aircraft was at about 500 AGL on the final approach when the incident occurred. While the police pilot should not have been operating in that area, it does highlight the need for drone pilots and aircraft to communicate to avoid incidents like these. It appears the aircraft operating near the airport had no idea a drone was operating in the area.

The Canadian Civil Aviation Daily Occurrence Reporting System (CADORS) report states the incident occurred during the day. The narrative states, “The instructor for a Canadian Flyers International Inc. Cessna 172N (C-GKWL) reported that they had just turned from base leg to final for Runway 15 at Toronto/Buttonville, ON and were established and stable at 1100 ASL, or about 500 AGL, when they felt a jolt that pushed them back on their seat. They thought they had hit a large bird. They proceeded to land. There was no change in configuration or power since they were about to land. When exiting the aircraft, they were shocked to see a major dent on the left underside of the engine cowling. The airbox was also bent. A few hours later, a police detective confirmed a York Regional Police drone had struck their aircraft. The aircraft suffered major damage, including a propeller strike.”

The official report also says, “At 1NM Northwest (NW) of Toronto/Buttonville, ON (CYKZ), a Canadian Flyers International Inc. Cessna 172N (C-GKWL) on a flight to Toronto/Buttonville, ON (CYKZ) was struck by a remotely piloted aircraft system (RPAS) while on final approach into CYKZ. The RPAS was part of a York Police Services operation in the area of Richmond Hill. No reporting of injuries or extent of the damage to the aircraft. NAV CANADA had not been advised of the RPAS operation.”