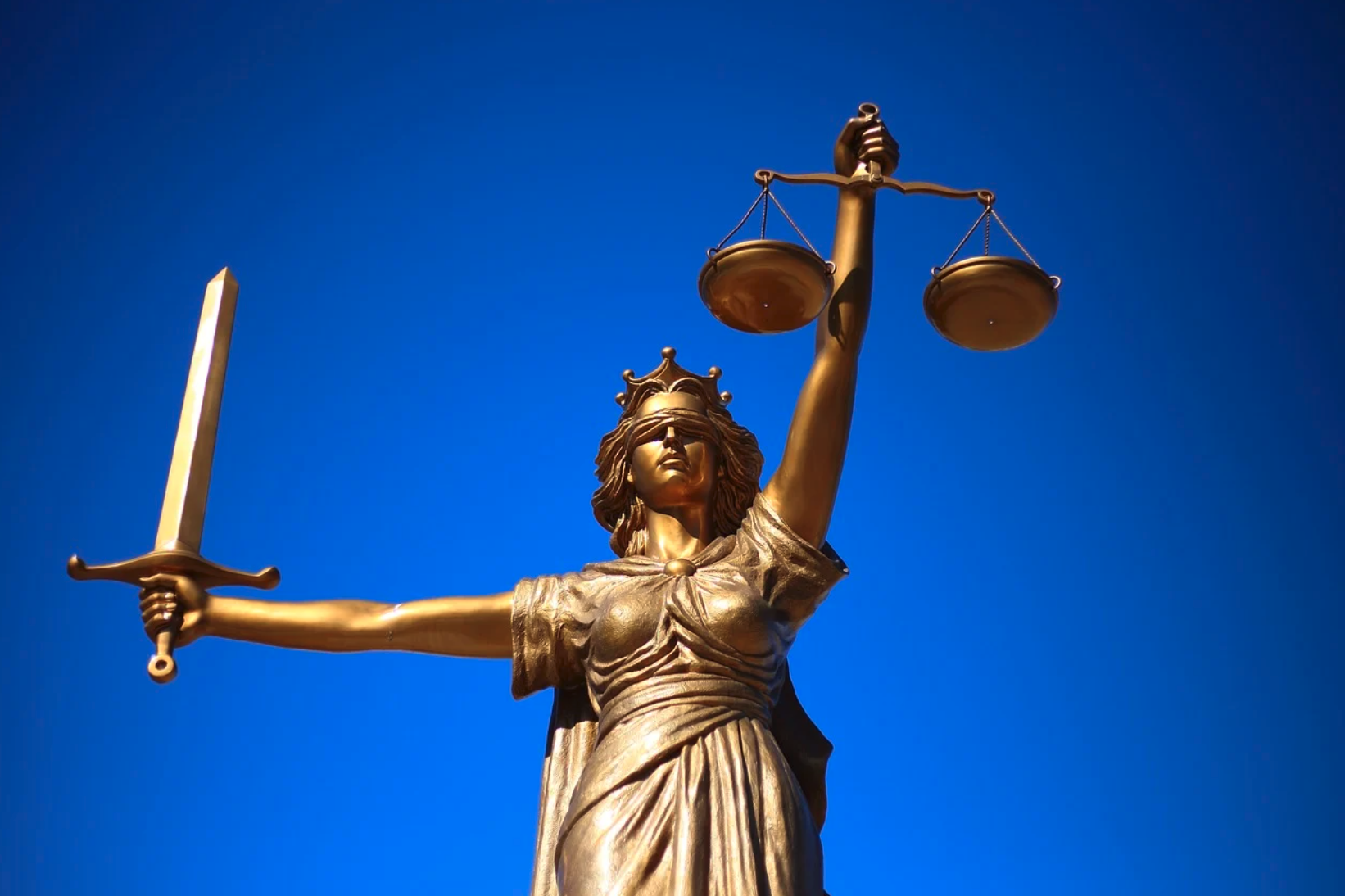 North Carolina drone pilot Michael Jones received a cease and desist letter in 2019 from the North Carolina Board of Examiners for Engineers and Surveyors (NCBEES). He had been put on notice in 2018 there was a potential issue.

The letter stated he had been “previously notified that the North Carolina Board of Examiners for Engineers and Surveyors had initiated an investigation concerning charges that 360 Virtual Drone Services, LLC is practicing or offering to practice surveying without a license as required by G.S. 89C. You were given the full opportunity to respond on behalf of the company, and you responded via email and acknowledged that you were aware that 360 Virtual Drone Services, LLC is neither licensed nor allowed to offer surveying or engineering.” – Source

There is a knee-jerk reaction among many that the actions of the NCBEES were a power grab and an overreaction.

This situation is more about what the law is and not what your drone and software can do on the most basic level. The drone can do a lot, but is it all legal to do as a civilian and/or in public safety?

Put Your Emotional Response Aside for a Moment

Before we react, we need to see if the position of NCBEES has any merit, so we have to turn to North Carolina Statue 89C they mention. This is known as The North Carolina Engineering and Land Surveying Act. “The North Carolina Legislature designated the practice of land surveying as a profession in 1921” and has been updated in the following years.

In reading the North Carolina law it appears the problematic areas for drone pilots are:

“Providing professional services such as consultation, investigation, testimony, evaluation, planning, mapping, assembling, and interpreting reliable scientific measurements and information relative to the location, size, shape, or physical features of the earth, improvements on the earth, the space above the earth, or any part of the earth, whether the gathering of information for the providing of these services is accomplished by conventional ground measurements, by aerial photography, by global positioning via satellites, or by a combination of any of these methods, and the utilization and development of these facts and interpretations into an orderly survey map, plan, report, description, or project.

The practice of land surveying includes the following:

The bold bits are mine.

The NCBEES board appears to have felt Jones was at odds with the part of the law that says “who holds the person out as able to perform, or who does perform any engineering service or work not exempted by this Chapter, or any other service designated by the practitioner which is recognized as engineering.”

In the letter to Jones from the board, they specifically stated he would need to stop “The activities include, but are not limited to: mapping, surveying and photogrammetry; stating accuracy; providing location and dimension data; and producing orthomosaic maps, quantities, and topographic information. In addition, marketing disclaimer is not appropriate as the services still fall within the practice of land surveying.”

There is Another Side to This Issue

If we all pause for a moment and contemplate the other side of this issue, you might see the same underlying problem I do. A licensed surveyor has legal obligations and a responsibility to produce surveying, including aerial mapping, that can be relied upon as factually accurate. Surveyors have a professional legal liability for producing inaccurate work and can be held responsible for those errors.

I can already envision the future suits against pilots that produce a map that an end-user relies upon and finds an inaccuracy that impacts them later on.

There is no dispute that an aerial map produced by a licensed surveyor using years of training and education is a different product for the public to rely on than one produce by a lay mapping package. While a licensed surveyor may use similar or the same software, they have the experience to determine the accuracy and reliability of the aerial map and data produced.

Even if one feels the position of the NCBEES board is an overreach, the answer is easy, change the law. Otherwise, any pilot in North Carolina that produces an aerial map while the current law is in place will run afoul of the same issues.

But the issues surrounding the use of Drone Deploy also apply to any software package like Pix4D, Bently ContextCapture, Global Mapper, Agisoft, DJI Terra, and others.

The suit by 360 Virtual Drones provides guidance the NCBEES provided to help people determine when they were running into issues with the law.

” I take aerial photographs of land for a developer and use software to stitch the images together. I sell him the individual photographs without any geological references.

Answer: If there is no meta data or other information about coordinates, distances, property boundaries or anything that falls within the definition of land surveying in GS 89C-3(7) then simple [sic] taking and providing the photographs does not require a land surveying license.

I take the same photographs and process them into a topographic contour map to show elevation so the developer can determine if too much grading would be needed before buying the land and paying for a surveyor.

Answer: No, this would be within the definition of land surveying.

There is a structure on this land, so I take the same photographs and process them into a 3D model so the developer can get a sense of its appearance from all sides and from top to bottom.

Answer: No, this would be within the definition of land surveying.

The developer wants to know the relative size of the land, so I process the same photographs so the developer can go online and do rough order of magnitude measurements using a distance tool.

Answer: No, this would be within the definition of land surveying.”

The developer also wants to get a feel for the area and volume of a large stock pile of stone left on the property, so I process the same photographs so the developer can go online and draw a polygon around the stock pile and use a software tool to tell him area and cubic yards contained in the stock pile.

Answer: No, this would be within the definition of land surveying, as further explained in the Board’s Volume Computation Surveys Policy.

Would it make a difference if I delivered the photographs to the developer stating that the images are not a licensed survey?

Answer: No, it would still be within the definition of land surveying.

Jones sued to “vindicate the right of Plaintiffs 360 Virtual Drone Services LLC and Michael Jones to create useful information (aerial images and related data) and disseminate that information to willing customers. In 2017, Michael Jones’s business, 360 Virtual Drone Services LLC, began harnessing cutting-edge drone technology to capture aerial images and data about land and property—including orthomosaic aerial pictures, thermal maps, and other visualizations of information about land. Similar small businesses have thrived nationwide. In North Carolina, however, drone start-ups have found themselves targeted by a centuries-old profession: land surveyors. As most people would understand it, “land surveying” involves establishing legal boundaries between tracts of land. Yet the North Carolina Board of Examiners for Engineers and Surveyors (Board) takes a far more aggressive view. According to the Board, capturing and disseminating data about the dimensions or elevations of land—or the size of objects on land—requires a full-blown land-surveyor license. Drawing even rough approximations of property lines on images requires a land-surveyor license. Even stitching aerial photos together using orthomosaic software requires a land-surveyor license.” – Source

The Federal suit filed by 360 claims the actions of the NCBEES actions to enforce the law violate his First Amendment rights. The suit says, “Simply, the projects the Board targets—aerial photos, data, 3D digital models, and the like—are speech that is fully protected by the First Amendment. Plaintiffs thus bring this civil-rights lawsuit to vindicate their constitutional right to create and communicate images and data about land.”

It does not appear the suit filed by 360 Virtual Drone Services deals with the underlying law on the books.

The Board says, “It is further admitted that the Board takes the position that drone operators who practice land surveying, as defined by the Act, must be licensed.”

What do you think, as a pilot, do you have to comply with the law on the books, or do you have a right to produce any output you want as an expression of speech?

According to the Legal Information Institute, “The First Amendment of the United States Constitution protects the right to freedom of religion and freedom of expression from government interference.”

“The most basic component of freedom of expression is the right to freedom of speech. Freedom of speech may be exercised in a direct (words) or a symbolic (actions) way. Freedom of speech is recognized as a human right under article 19 of the Universal Declaration of Human Rights. The right to freedom of speech allows individuals to express themselves without government interference or regulation. The Supreme Court requires the government to provide substantial justification for the interference with the right of free speech where it attempts to regulate the content of the speech. Generally, a person cannot be held liable, either criminally or civilly for anything written or spoken about a person or topic, so long as it is truthful or based on an honest opinion and such statements.”

If the First Amendment trumps laws on the books, then is everything without restriction?

Clearly, these issues will need to be dealt with through the legal system.

But until they are, all pilots need to be aware of the following facts:

The North Carolina situation raises a fascinating situation without a solution yet, so keep that in mind if you elect not to verify mapping flights are legal to perform in your State.

As the NCBEES stated in their answer to the suit, “the Board takes the position that drone operators who practice land surveying, as defined by the Act, must be licensed.”

They also say, “With respect to the practice of land surveying, the scope of such a practice is set forth in the Act, the terms of which are the sole and best evidence of its contents.”

The Board takes the position this is not a restriction of free speech, “The licensing requirements for land surveyors found in Chapter 89C, Engineering and Land Surveying, North Carolina General Statutes, regulate only non-expressive professional conduct, not speech.”

“States have broad power to establish standards for licensing practitioners and regulating the practice of professions, including the profession of land surveying. States may regulate professional conduct even though that conduct incidentally involves speech.”

Just because a position by the NCBEES or any licensing board might seem ridiculous doesn’t override the laws on the books.