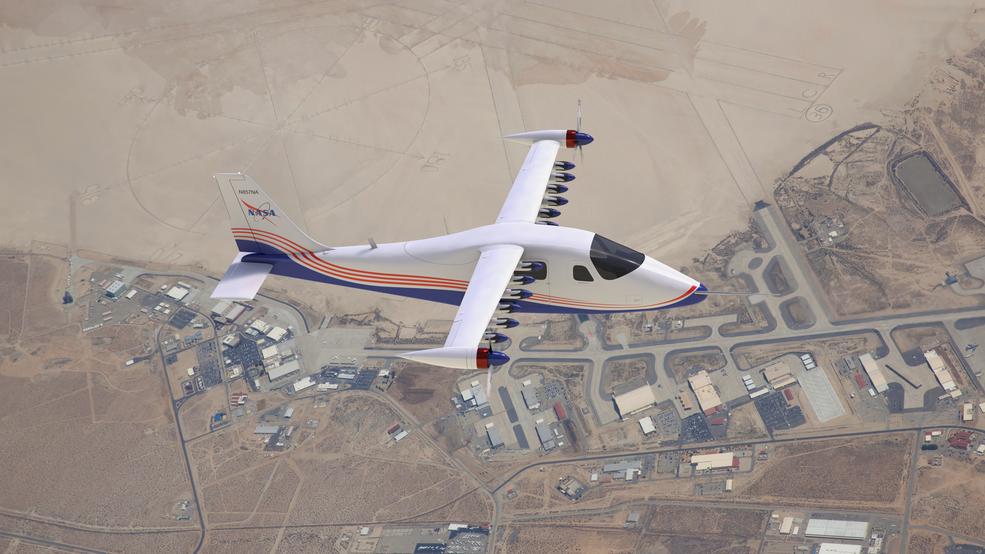 NASA is working on the X-57 all-electric aircraft that might have something to do with your future flight as a UAS pilot.

I can envision the Scalable Convergent Electric Propulsion Technology and Operations Research (SCEPTOR) project leading to future public safety drones about half to a quarter to the size of the X-57. These aircraft could be remotely controlled, carry high-end payloads like superior liquid-cooled thermal cameras, and stay aloft for hours.

What makes this experimental aircraft different is the extensive number of electric motors on the final production design. Most of these motors can be turned off in cruise flight, and the propellers will fold back, reducing drag.

The current phase of integration is a power system risk reduction for the final configuration. This Includes replacing the two inboard reciprocating engines with electric motors under development by Joby Aviation in Santa Cruz, California. Once the electric integration for this phase occurs, the aircraft will undergo ground tests to analyze the system.

Since the aircraft arrived in 2018, the project has moved along. Right now, NASA is set to start high-voltage functional ground testing of the agency’s first all-electric X-plane, the X-57 Maxwell, which will perform flights to help develop certification standards for emerging electric aircraft. NASA supports these new electric aircraft by developing quiet, efficient, reliable technology these vehicles will need in routine use.

If you really want to take a deep dive into the research the X-57 is part of, watch the webinar below.

Some of the features that will trickle down to public safety drones are motor efficiency and increased next-generation lithium battery systems capabilities.

One of the design discoveries has been the ability to prevent thermal runaways in a cell failure in a battery.